Posted by EvilElf at 4:57 PM No comments:

I apologize and will try to do better... 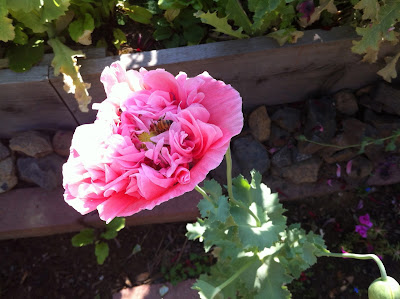 I think I have done this once before, talked about my Facebook addiction problem. I have apologies to make but, I need to present some background first.

I entered the United States Air Force as a Ronald Reagan devotee. I was really, really conservative in my political beliefs. What happened?

What happened was conversation. When I was on alert at Fairchild, it was like being in a forced conversation pit. This was the late 1980s and early 1990s. There were no cell phones. The Internet was in its infancy. We all came from many different backgrounds.

365 days a year, 24 hours a day, six nuclear-weapon-laden B-52s were parked at Fairchild Air Force Base. They were ready to launch in seconds for the big nuclear armageddon scenario.

Staffing these bombers was a crew of six: An aircraft commander (the pilot), the co-pilot, the radar navigator (bombardier), the navigator, the electronic warfare officer and the gunner. So there were six of us for each aircraft with a total of 36 of us in one spot at one time. We worked a seven-day shift, 24 hours each day. There were also crew chiefs assigned to each plane but they were on a different schedule.

We shared some phones (landlines) in the alert facility where we lived. We were cut off from our families, our girlfriends and wives and booze! Our lives rotated around mealtimes at the alert facility chowhall, working out, watching TV and movies and conversation. In a lot of ways, it was one of the best times of my life.

I felt pretty secure in my conservative convictions. But, there were other guys, guys who were smarter than me, who were better educated than me who would challenge me on my beliefs. Debates would rage well into the wee hours. They sometimes would provide me with things to read, books and magazine articles. It took me a while but I slowly evolved on many of my political stances. My last couple years in the USAF, I had a QUESTION AUTHORITY bumper sticker on the back of my camper van. Quite a turn around from where I started.

I did see changes in the aircrew personnel toward the end of my time in the service. I saw guys reading Rush Limbaugh books. I saw their anger. These fresh out of college, privileged few were angry at so many hypotheticals. They were angry at people and problems they would never ever encounter. And sometimes they were unwittingly angry at systems they themselves were joyfully entrenched in. They railed against “socialism,” when in reality, I never saw a bunch enjoy the benefits of military service socialism more in my life. The hypocrisy made me gag.

And so it began.

And now I find myself here with a problem. I long for the days of sitting with someone over long hours and debating our political positions. It is an impossibility. Not only is there no venue for that, I think people have changed. It is a rare thing today for someone to evolve on a position, to take in new facts, evaluate them and discard previously held core beliefs. A lot of this has to do with the silo-ing of oneself with like-minded people and insulating oneself with “facts” that do not challenge a position or a mindset but instead create comfort.

As you probably have ascertained by now, I am not so much into comfort.

When I came out as trans, I was ready for a fight. Why? Because, I like to fight. I don’t mind being the “turd in the punchbowl.” And as one friend put it, “You were always like Old Yeller. They loved you but in the end they had to shoot you.” Brilliant. Sad but brilliant. And when I did come out, instead of a fight, I found acceptance. In fact, many of my more conservative friends seemed to take the news easier and were more supportive than my liberal friends. How about that?

People post things that I disagree with. And I can’t help myself. I want to fight. Lately, the last (as I type this) school shooting has brought forth, to me, some very disturbing ideas: The arming of school teachers, the arming of schoolyard-patrolling disabled vets, the idea that more guns will solve the problem, the premise that laws don’t matter because no one obeys laws they don’t want to obey, the concept that our law enforcement cannot be depended upon, etc. I responded to these positions, from (what I believed was) a practical, pragmatic and moral perspective. But, I should have kept my thoughts to myself.

I realize now that people post these kind of memes to elicit support from their friends, to create a community of like-minded believers. And there I plopped, the turd in their punchbowl.

I knew I was not going to change anyone’s mind, but I felt morally-compelled to not let some things stand. In reality, there is no way what I am saying has an effect on the person who posted this stuff. All I was doing was ruining their party, making them angry. It will never have an effect. But, it made me feel better to challenge, to fight.

For this I am very sorry. I am sorry to you the person who posted their beliefs. I caused you discomfort and distress in a venue where you sought the opposite. I am sorry that I also wasted my time. Time is something which is a precious commodity for me now. I was unwise, even stupid, for doing what I did. Again, I am very sorry.

I have friends who think that the answer to all of our problems lies in the middle someplace. They stress the viewpoint that if we all gave a little we would find common ground and we would move forward. I disagree. I think that there are facts, there is proof, there are policies that will improve our lives and bring us up to the life standards that the rest of the industrialized world enjoys. I believe that we should have debates around this, and that the better ideas should win, no compromises, no “slippery slope” arguments, no “action-movie” mindsets, etc. There are very pressing problems we have and there are solutions. Facebook will never ever be the place where any of this will happen. It’s not built for that.

I don’t believe in apologizing for something without an attempt to improve my behavior. So, here is what I am going to do. I will continue to use Facebook for my Haiku Friday and Running True posts, or some other posts (like this one) from my Spokanarama blog. For now, I will continue to post on my page what I believe, ON MY PAGE.  I will not comment on my friend’s posts that I disagree with. This may require me to quit following you, or to block your posts. I value your friendship and I would rather not see what you have to say than to hurt you or your community of like-minded believers with my arguments. If I can’t live within these bounds than I will probably have to leave Facebook all together. I value your friendship and I value my time.

Again, I am very sorry.

Thanks and I wish you all the best. Thanks for being my friend.

Maeve
Posted by EvilElf at 10:01 AM No comments:

And, of course, the original German version. 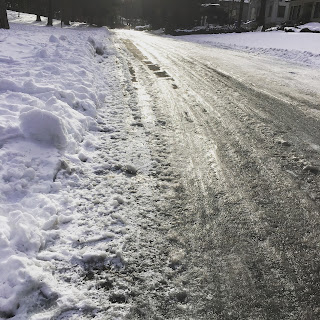 This is what I ran in today. Which was a good reflection of how my mind looked, as well.

Here is that Spokesman-Review Article from earlier this month.
Posted by EvilElf at 4:06 PM No comments:

I think I went a little off the rails here... Here's a link to Spokane's Vagina Monologues 2018.
Posted by EvilElf at 2:35 PM No comments: