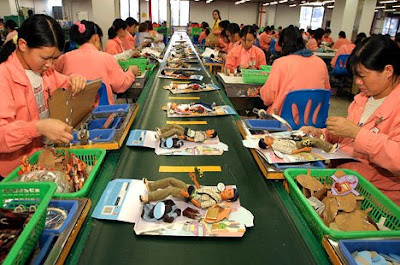 Sorry about the political rant. I know that's not why you read this cyber-rag, but I feel better now.
Posted by EvilElf at 10:11 AM

Great post. I agree on the general message of the "trinketization" of major problems that should be solved with better policy and real money support -- that said, the SR does generate a bunch of money in their campaign... I've no idea where it goes or how much it is. That's a nit though, as your point around SR endorsements don't align with the pat-on-the-back-self-serving pinwheel stories they run daily.
Some buddies and I saw a sign on a car the other day: "I support the troops AND the war." f'ing weird man. I get the troops part, but how how how? can ANYONE who is also allowed to drive actually support this mess by now? How?

Yeah I see the pinwheels all over town , I wondered where thy all came from..

I felt better reading your post.
To me, the campaign has trivialized pinwheels, let alone children's needs and political issues. I have taught in Spokane public and private schools for over 25 years and am seeing more and more signs of abuse, poverty, consumerism, media dependency to define happiness and dwindling curiosity in my l0 year old students.
To me it takes a village to raise a child. That includes parents with jobs that pay a living wage, medical coverage and health care, school teachers, administrations and the policies they make and enforce, government (required testing, unfunded mandates, NCLB) and last, but definitely not least corporations that advocate consumerism over relationships and conservation of our families and environment have an important responsibility. .

This is an interesting and valued perspective from a year ago. I think it would be an interesting one to take with me to the debrief. I think it brings into view some under-the-surface issues that the committee of service providers(which has little real connection to the governance of the Spokesman) should be aware of.