A tale that is screenplay worthy... 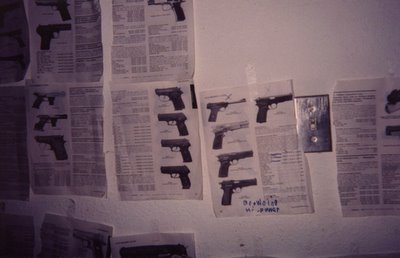 I have the pleasure of working in Spokane's West Central neighborhood. Here, you will meet some of the nicest folks around. And here, you will experience some of the strangest circumstances. It is a great place!

And for your reading pleasure, a tale from the neighborhood. Click on the title above. It's a Spokesman-Review article from Saturday, November 19th.

Multiple adults (of various ages, genders and sexual orientations) live together. Somehow, one of the gals falls for an ex-con who has moved in with them. Her girlfriend/wife doesn't like this and plots to kill him. She enlists the help of another roommate (one whose girlfriend and her kids live in the garage). He gives her a .25 caliber pistol. She goes for a walk with her victim. The gun doesn't fire. When he asks what she is doing, she tells him that it's just a toy gun. She takes the gun back to the fellow who lent it to her. He fixes it. The same thing happens again, and she offers the same excuse. After another repair, the third times the charm.

She leaves him for dead. Later, she goes back with the gun repairman and asks him to finish the job. He admonishes her with virtuous advice - "You started it. You finish it." Or, something to that effect. And she does

Anyway, that's how I understood the article.
Posted by EvilElf at 1:59 PM No comments: 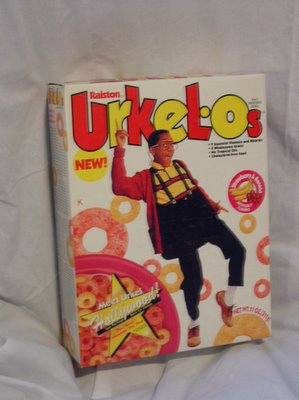 This is it. This is the only thing that I collect. It's not just cereal boxes - but the cereal and prizes within. Robin Hood - Prince of Thieves cereal is about 15 years-old. There's still a poster inside. When I first started there weren't very many topical novelty cereals. And then for a few years, there weren't any. Now, there's too many. Click on the link to see highlights from my "collection."
Posted by EvilElf at 7:08 PM No comments: 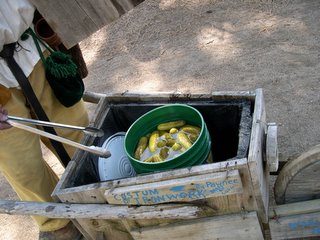 Finally, the one you've been waiting for - Ren Faire. This has a very special call-in segment. If you want to watch the quicktime movie -
Posted by EvilElf at 5:04 PM No comments: