The last month or so, every Friday morning, I have been posting haiku on Facebook. A few Fridays ago, I started "doing" live readings of haiku sent my way and one haiku of mine. Tomorrow morning will be the latest installment at six a.m. on Periscope. This is five hours earlier than the usual time, but duty calls. You can ask questions while I'm reading or make jeering comments. Afterward, I will get the video up on Facebook. Here's last week's thrilling episode:

I usually dress up a bit to channel William S. Burroughs, but I didn't last week and I won't tomorrow.

Posted with Blogsy
Posted by EvilElf at 2:11 PM No comments:

A great day and the end of the experiment... 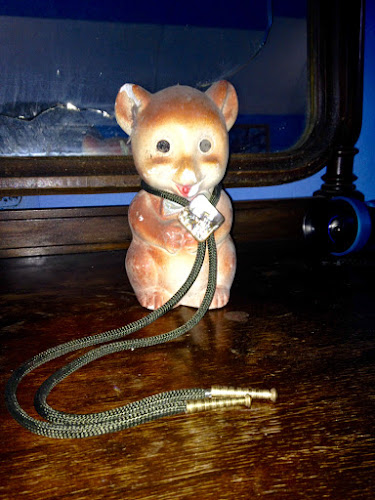 I declared April "Alcohol Free April." I wanted to see what it would feel like to be a teetotaler for a month. A while back, I realized that the longest I had gone without alcohol in the last 35 years was probably seven days (SIOP nuclear alert). Of course, with my current job, I am alcohol free for two 24 hour shifts a week and a significant time before and after each shift too.

The past 22 days were interesting and I have some things to report: 1. After about a week of nonimbibing, I slept better at night. I would still wake up in the middle of the night but could go back to sleep easier. 2. I really would miss drinking a little beer or wine when I was cooking. 3. TV shows and movies actually have endings to them. 4. Drinking or not drinking had little effect on my running. 5. I was willing to risk more, not worrying about clouded judgement. 6. Not drinking is a bummer. 7. There was a good (but kind of creepy) feeling of being good to myself. 8. Friends and neighbors treated me with greater suspicion.

Today, the "day of the end," started out with an early morning run, then a trip out to the sewage treatment plant. I was lucky enough to get on the City Wastewater Management Bloomsday team. Why doesn't the fire department have a team? I don't know. But the team was having a pizza fundraiser and I wanted to meet them. I had a good time hanging out with those guys and eating pizza. The last time I was there was eleven years ago. My crew rescued a guy who had jumped from the top of a sewage digester when it exploded, sending another to his death. Here's a nice statue (but a bad picture) commemorating Mike Cmos. Rest in peace, Mike. 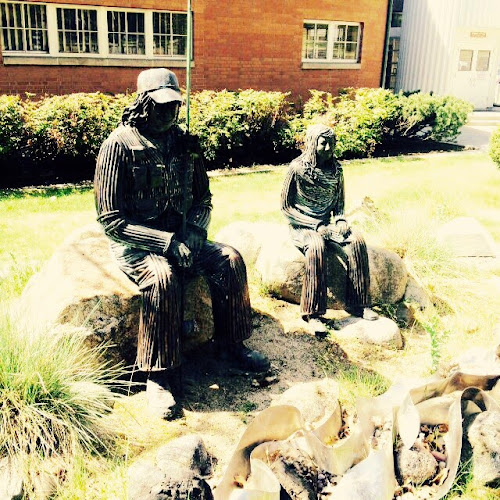 I hung out with my brother Joe and my mom after pizza. Joe and I were reminiscing about a 325th Bomb Squadron dining in we went to, how I stuffed a dinner roll with napkins, set it on fire and threw it at the general who was making a speech. It bounced off his chest and he stamped it out. There was much brawling and what not. Joe said I supplied our table with a dozen scoops of neopolitan ice cream for more ammo. I doubt the USAF is like this any more. Here's a picture of Joe (brand new lieutenant) and me before we headed out to the base. Some of my friends and fellow aviators used to call me The Evil Elf. I guess that kind of comes through here. 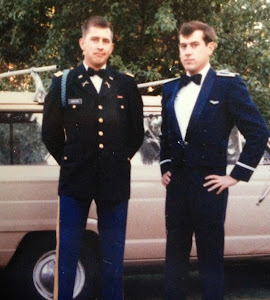 After tripping down Memory Lane with mom and Joebro, I went home and worked on some chores. Sarah calls to tell me she has missed the bus and she is drinking a beer at Black Label, would I join her? When I arrived, she gave me a big beery kiss and that's when I called the experiment complete. That's an IPA, yes sir. 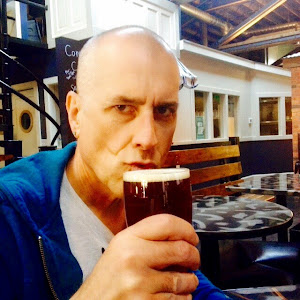 Posted with Blogsy
Posted by EvilElf at 6:46 PM No comments: 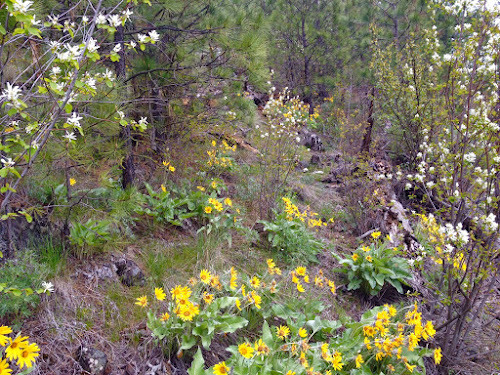 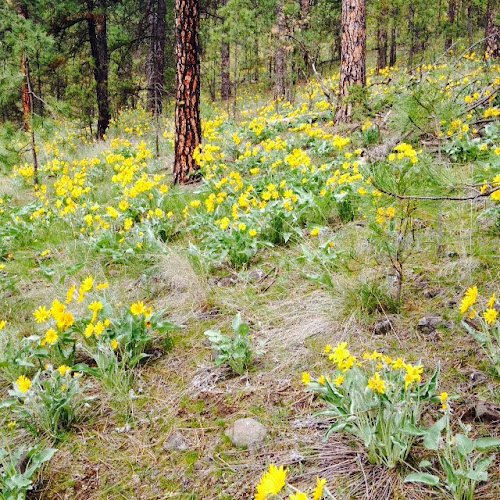 A great time to be running down there. Lots of excuses to stop and take pictures. 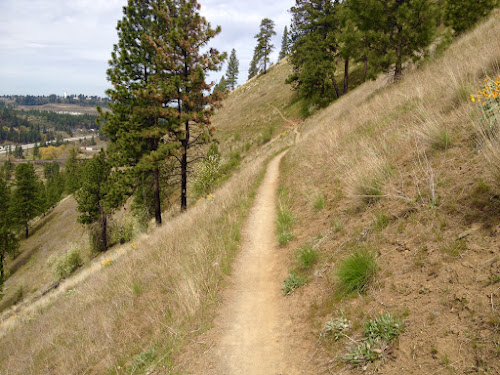 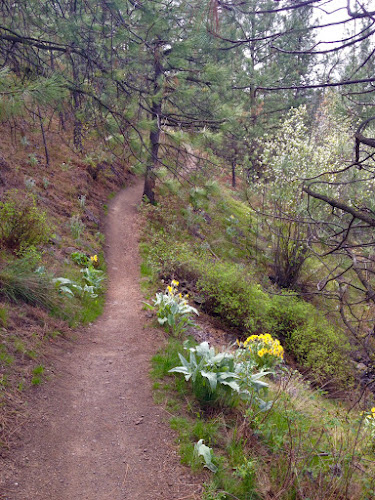 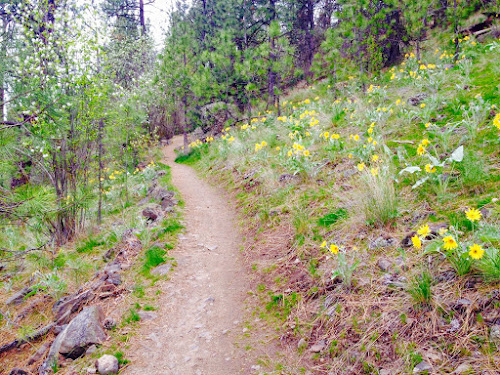 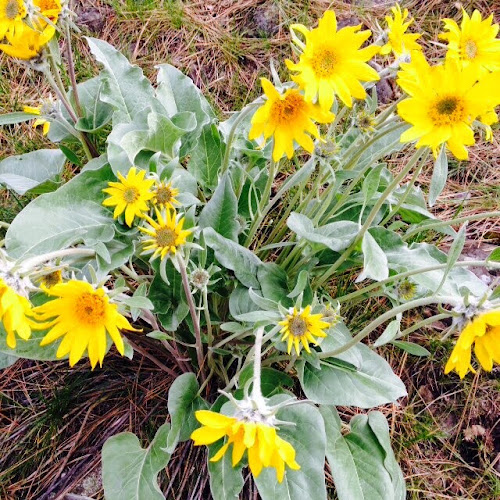 Posted with Blogsy
Posted by EvilElf at 3:43 PM No comments:

High Drive Trail and beyond... To the confluence!

Sarah and I did a rare thing today. We ran together. We used to run together all the time and then we had little kids, so we took turns going on solo runs and it just kind of stayed that way. We ran together for a 50K race five years ago, but since then we might have started together but never finished together. 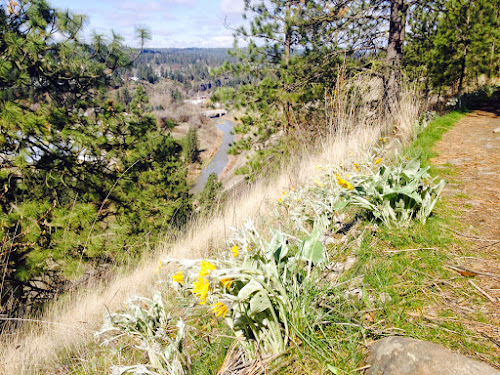 The arrow leaf balsam root is set to pop. 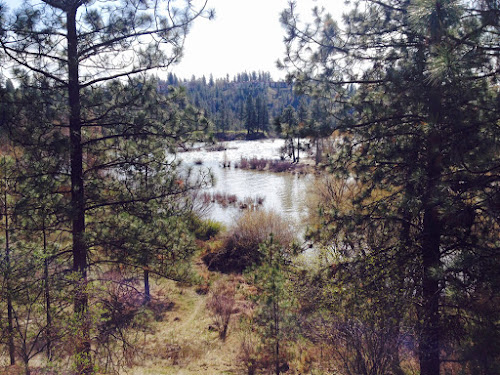 The confluence of Latah Creek and the Spokane River. There's a guy out there in hip waders fishing. 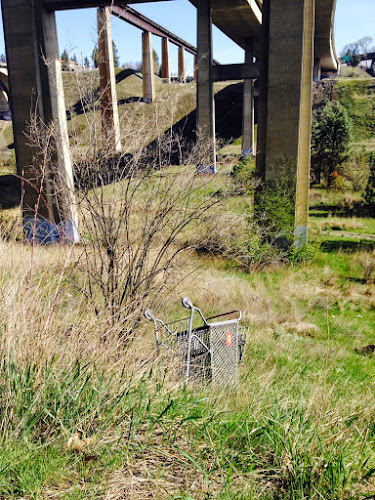 And of course, next to unicorns, dolphins, dream catchers, and narwhals, shopping carts are the best!

Posted with Blogsy
Posted by EvilElf at 1:16 PM No comments: 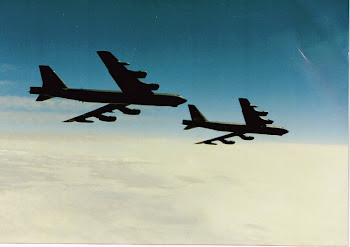 Back in the mid '80s and early '90s I was stationed at Fairchild AFB. I was a navigator and then a radar navigator (bombardier) aboard B-52s. Besides 7-14 hour training flights, usually twice a week, our main mission was to live out at the base for a 7-day stretch, once every four weeks (one week on - three weeks off). We lived in the "alert facility" and would start our alert tour (shift) on a Thursday morning and end it the following Thursday morning. The alert facility was next to our nuclear-weapon-laden B-52s.
Every alert tour, or so, the klaxon would sound and we would run out to our planes, start the engines, decode the messages and then shut down the engines, refuel the planes, and go back to our normal alert routine. The rest of the seven days, we would have some classes to go to. Sometimes, we would be used as a rent-a-crowd for retirements of people we did not know. 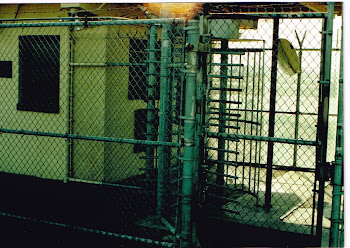 As you might guess, we would find ways to occupy our time. Often we would hang out at the base's Buger King, The Burger King was having an "Alf" promotional, and I bought an Alf hand puppet. We placed him atop the rotating beacon on the roof of our six-passenger (6 pack) pickup truck. This truck was used to travel at break-neck speeds back to the bombers, if for some reason we were not at the alert facility when a klaxon occurred. Flashing lights above the streets would warn motorists to pull over because we could be coming their way. Somehow, we were all pretty good at being positioned far away from the alert facility when a klaxon sounded so we could drive at 100 miles per hour up the runway and into the area where our planes were parked.
Alf quickly became an alert force mascot. Soon, like all celebrities, he became a target of extortion and even kidnapping.
I was going through some old papers yesterday and I found this ransome note: 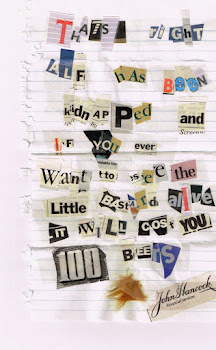 Yesterday, I also found Alf while spring cleaning. His hair grew back. He hasn't aged at all and has settled into a nice retirement. I must have paid the 100 beers. 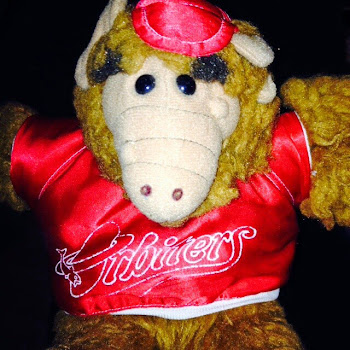 Posted with Blogsy
Posted by EvilElf at 9:41 AM No comments: