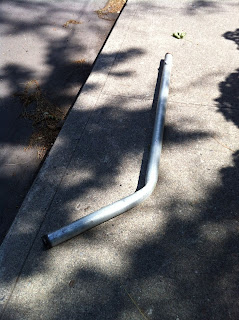 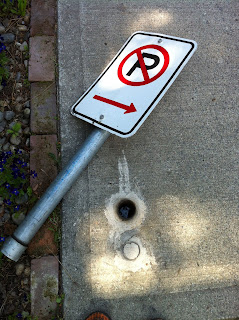 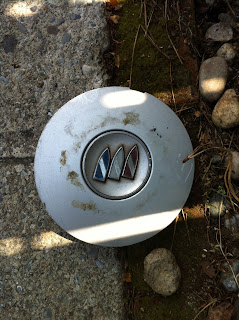 By Cannon Hill Park today. I think the last picture might be a clue.

Looking good Bobcats! You guys will look great in the parade!!!

Kirk graduated from his 11 week fire recruit class yesterday. Now the real work and fun begins. He has another 9 months of probation with lots of tests and studying while working as a firefighter. Congrats to him and to the entire class. It sounds like Spokane is getting a really good bunch with these guys. Yay! 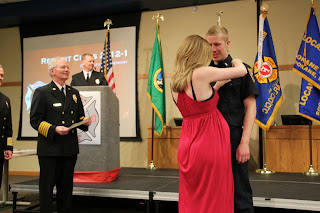 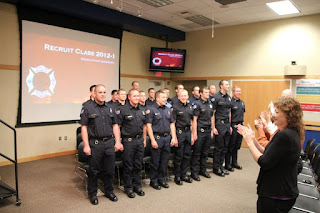 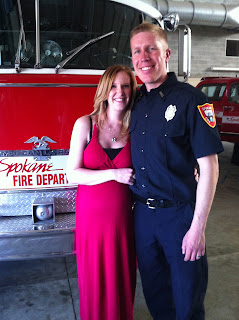 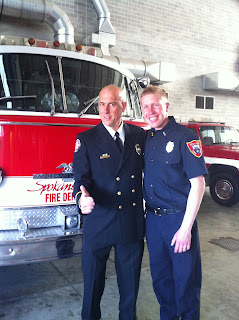 I tried to get him to write a retraction. I really like a lot of what Herold has had to say and did not want to delegitimize  any of his further editorials by casting doubts about his credibility. He wouldn't do it, and he told me I should just write a letter to the editor. So I did. It did not appear. I think this is because they had already accepted two that took Bob to task in a fine fashion. I suspect there were many more.

I look forward to future editorials by Professor Herold in the Inlander. May I suggest these topics: Outlawing the use of dogs for unicorn hunting, Eliminating the pet deduction on income tax, Allowing full voting rights for leprechauns, and of course, Compulsory warning labels on Pop Rocks®. Poor Little Mikey.

Here is what I wrote, in all its sarcastic splendor!

It's a shame Bob wasted all that ink and paper to stridently plea for reform of something that doesn't even exist. At least he didn't waste much of his time preparing this editorial. Obviously, Professor Herold's academic forte is not research.

Not satisfied with just attacking something that doesn't even exist, Bob also launches into general falsehoods about police and fire retirements.

Bob, a  firefighter or police officer has to work until at least age 53 or be penalized up to 9%. Contrary to what you wrote, there is no retirement allowed before age 50. Most will not even retire at age 53 because much of their retirement would go to pay for private medical insurance until Medicare kicks in at age 65.

Professor Herold worked for 31 years at EWU. He says he didn't have a pension plan - only a 401K. He neglected to disclose that he did have the option of joining a state pension plan, very similar to mine - except he also receives Social Security, but he declined. I suspect he may now be regretting this decision, and this may be the impetus for his editorial. If Professor Herold did as much research into choosing his stock portfolio for his 401K as he did for his article on mythical "police and fire city pensions," his investments surely have not done very well.

Should there be a conversation about public employee pensions? Absolutely. But, why don't we start with discussing pensions that actually exist - what they cost, who pays for them, etc.? Bob, Like I said, I have enjoyed your editorials in the past. Now I have to wonder if they were all just works of fiction, as well. Do your homework next time.

John Griffith
Spokane, WA
Posted by EvilElf at 9:29 AM 1 comment: