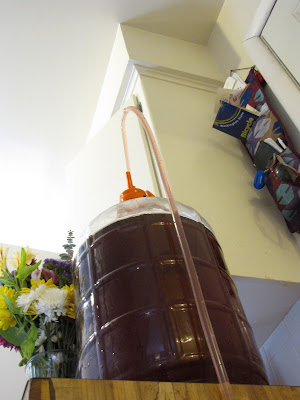 Of all the things one can brew, I like making mead the best. I've never made a wine that was as good as something that I could buy at the wine shop. Used to be the only good beer you could drink was the stuff that you home brewed. That's not true anymore.

To me, mead stands alone as something you can brew that is heads above anything you can buy. Whenever I have consumed commercial mead before, I found it grossly sweet. Yuck.

Sarah and I made a batch of mead back in 1992, the year we were married. Every year since, we open a bottle on our anniversary. It's a carbonated mead, so it's capped. Every year, it tastes a little different, but always good.

This batch is technically a technically a melomel, in that I've added a fruit/berry of sorts. It is one of the few berries that is indigenous to the area - the so-called oregon grape. It gave the mead a nice rose color. There is a touch of bitterness from the seeds that I left in for a bit. The smell reminds me of oregon grape blossoms. It seems a little thin to me. But, we'll see in a year or two.

Started enjoying the Johnny Apple Mead that I bottled a couple of years ago. It's a cyser that took a long time to mellow. Now it is really good. Maybe too good.

The next batch is going to have yerba mate in it - maybe some other stuff.
Posted by EvilElf at 11:32 AM 4 comments:

Rosauers Clock/Thermometer Out But Not Down... 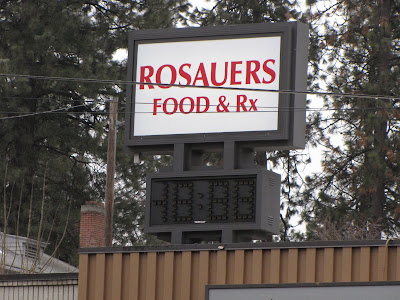 Talked to Steve, the manager (thanks to Steve, by the way, for the loan of the shopping cart for CARTNE's triumphant comeback video). Steve says that it's a company on the east coast that fixes the sign. Usually, they do it via remote. Steve's bugged them a couple of times to fix it, but so far, no fix. He was going to call them again.

I really like this sign. When I go to work in the cold, dark morning, I like to compare the actual temperature to how cold I feel on the bicycle. There is sometimes little correlation. I've missed it. It seems like a month since it's been out, but with no reliable way to mark the time/days, I don't know. I was worried that this landmark was going to go the way of Compusa.
Posted by EvilElf at 2:44 PM 4 comments: 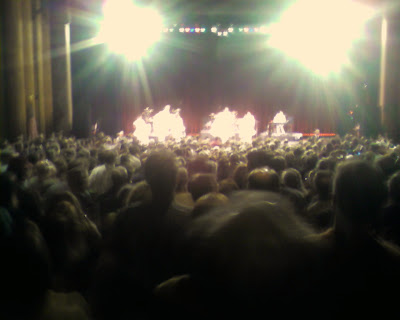 The cellphone camera picture is not so good.

It's clear enough that you can tell there were a lot of bald heads and thinning gray hair, including mine. The Fox Theater looked great. And it was a beautiful show. Dancers, great lighting, awesome music. I always think that when big acts come to our town, they must leave a little surprised that the venue is so classy, and the audience is so into what they're doing and appreciative.

I know David Byrne has been here before and enjoyed Spokane. Some of the band looked a little surprised, though. I mean they got a standing ovation before they even started. By the end of the night, they sure deserved it. It probably helped that The Fox was selling Geritol shots in the lobby.

Here's a video from a bygone era. Last night, they performed this number whilst wearing tutus.

Posted by EvilElf at 7:12 AM No comments: 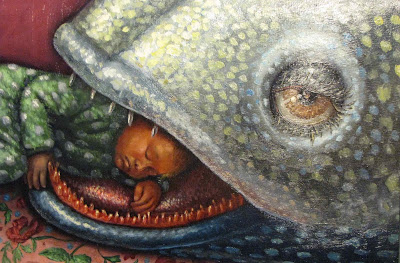 We won this. I just wish our children were a little younger. This would look great in their room. I think this was in the top five of paintings there. I like it a lot.
Posted by EvilElf at 8:03 AM 3 comments:

Distressing scene of a winter struggle... 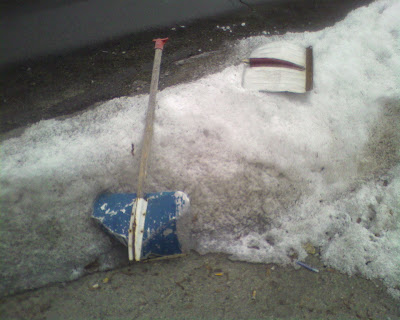 Another beautiful day at Mt Spokane. 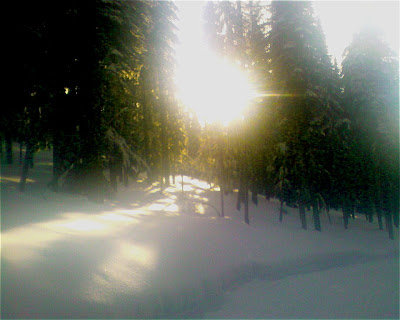 The trails yesterday were well-groomed. Better than me, for sure. We had fog one minute and blue skies the next.
Posted by EvilElf at 1:06 PM No comments:

Having a billboard in your backyard has its privileges... 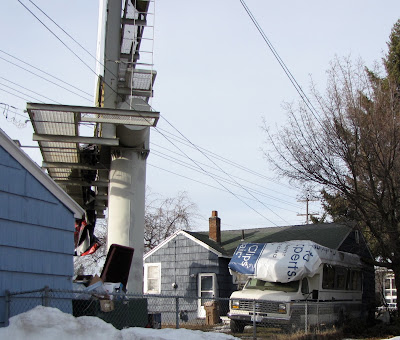 Like free tarps made from old advertisements. Perfectly sized for an RV! Thanks to my nephew Joey (aka Fricken' Jose) for this.
Posted by EvilElf at 3:39 PM 1 comment: 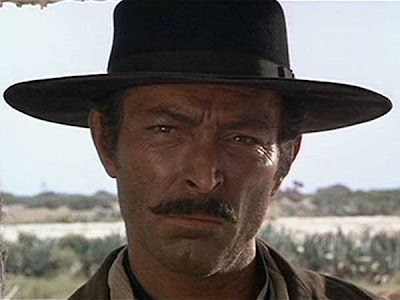 A lot of you might know Speed Fitzhugh. I am lucky enough to have him as a neighbor. A month or so ago, he was a snowblowin' machine. As he maneuvered the machine-for-blowing- snow up the sidewalk, he reminded me of someone. Today, I realized it was Lee van Cleef. Speed is Lee Van Cleef.
Posted by EvilElf at 3:03 PM 1 comment: