You can pick up a cheapo bluetooth player and put it on your bike. You have to crochet your own holder or procure an old sock.

Posted by EvilElf at 5:46 PM No comments: 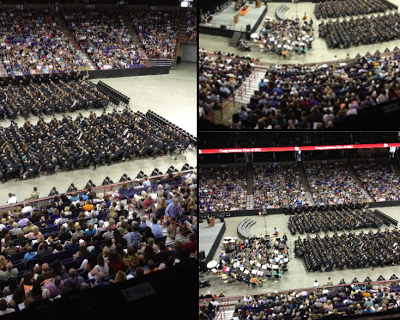 Here is a link to some Lewis and Clark  2013 graduation photos. If you have some you want to share from a Spokane area graduation, email me your public photo link and I will get your pictures up.
Posted by EvilElf at 8:37 AM No comments:

Time is winding down! Make the best of it!


Like all of you, I have always had a lot on my plate. One of the things that I will be giving up at the end of this year is my involvement in my union's leadership. I feel like it is time for some younger blood and ideas. For over 10 years, I have been doing mostly PR and political stuff for my union (Spokane Firefighters Local 29) and have been on the executive board, except for when I took a break for paramedic school.

So, at the end of this year, I will be passing the reins of the newsletter, blog, facebook and twitter feed, as well as other responsibilities, to someone else.

I will be staying involved in local politics, mostly around peace, economic and justice issues, but from a more broader perspective.

Last week, a bunch of us from Spokane drove over to Tacoma to attend a funeral for one of their firefighters, Al Nejmeh, who died at work on a medical call. Our brother was originally from New Jersey and had lived quite a life. Beside being a firefighter, he was a peace, justice and ecology advocate who traveled around the world working to make it a better place. He was also an accomplished song writer, guitar player and singer. At the funeral, a retired battalion chief, in his Class A uniform, picked up a guitar and sang a song he wrote about this man - his friend. Wow. Very cool. You can read a little bit more about Albert Nejmeh here. 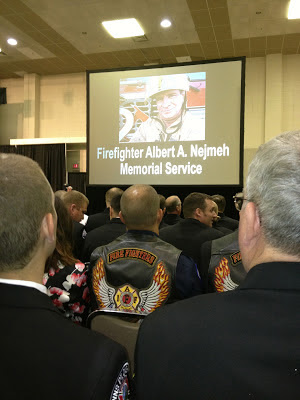 I will be writing more in this blog, as I am writing less for the union. I have some interesting projects which are starting to blossom right now and I will keep you posted.
Posted by EvilElf at 9:01 AM No comments: