An audio clip of the drummers' roll call:

Sarah and I walked down to the pow wow yesterday. We walked by the new portable brick fencing at Deaconess. 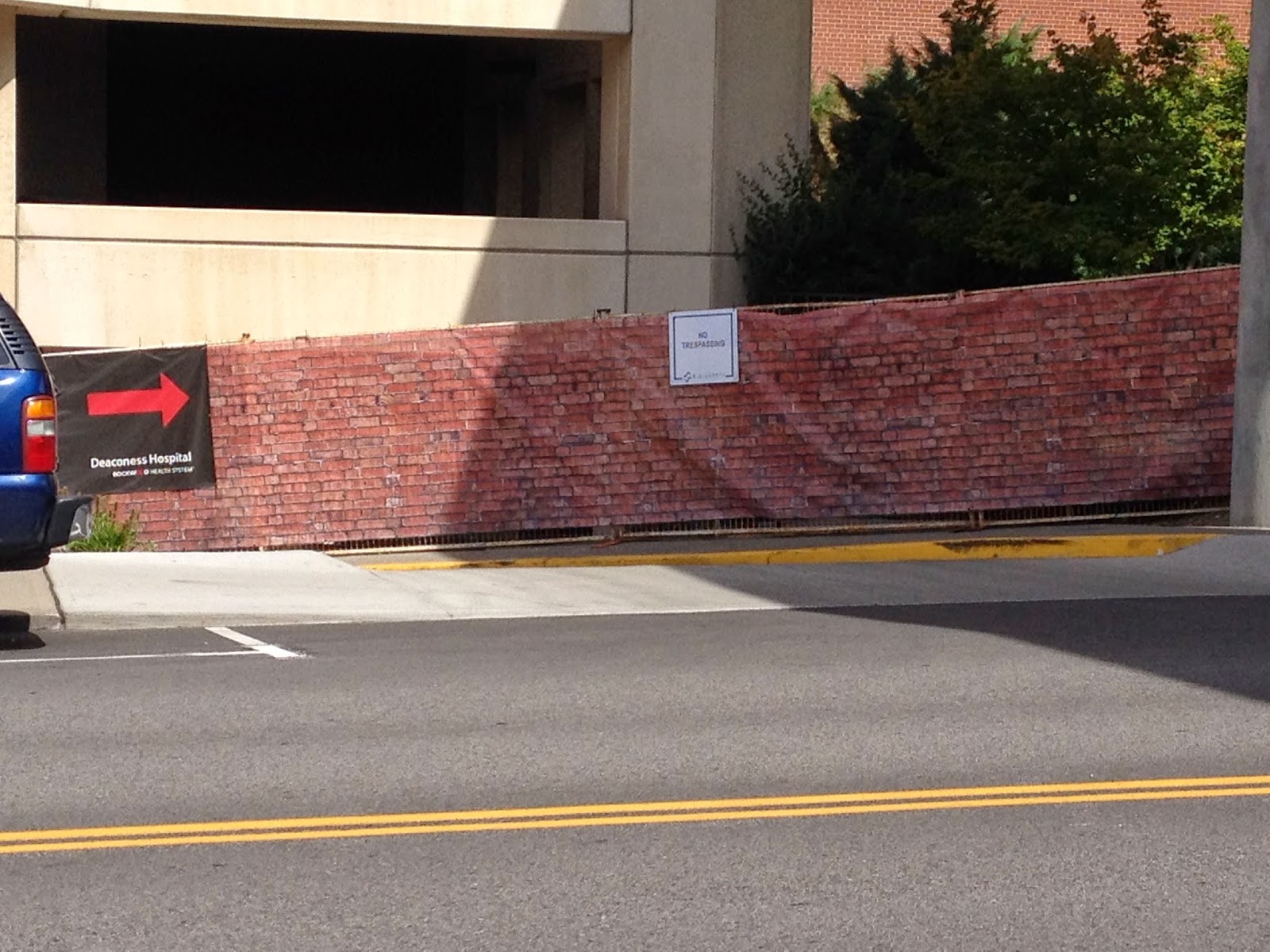 Then, on to the pow wow! 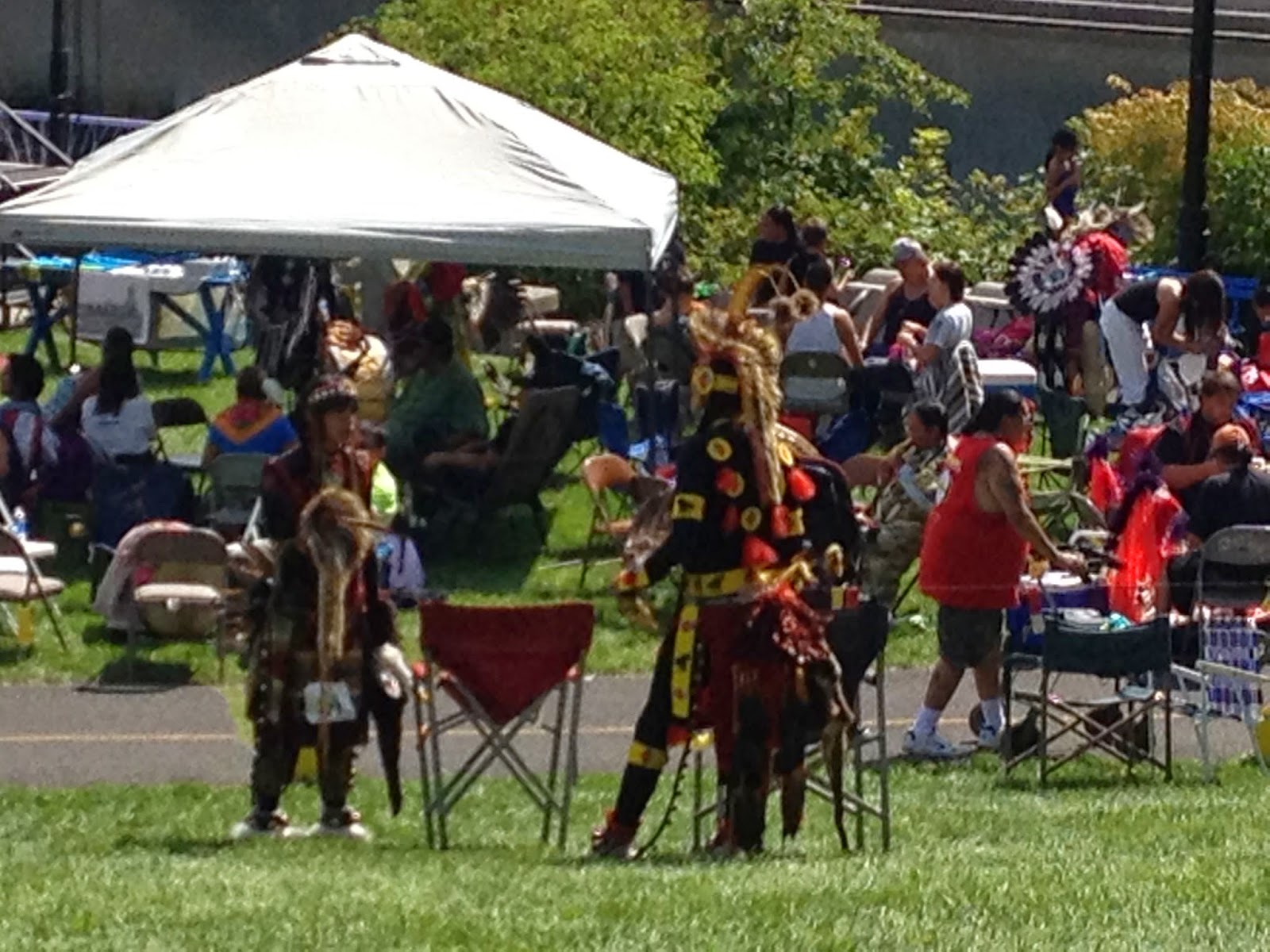 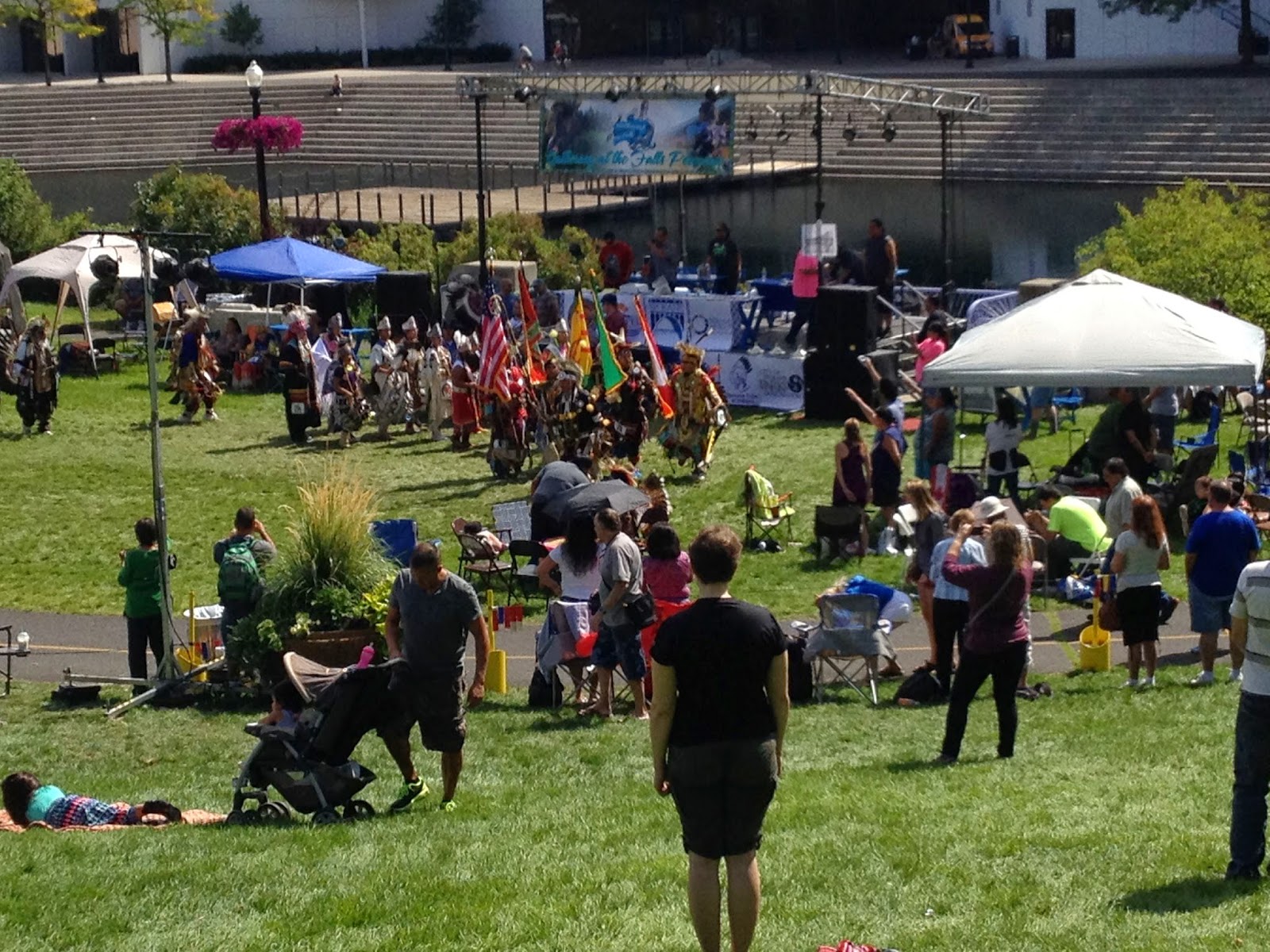 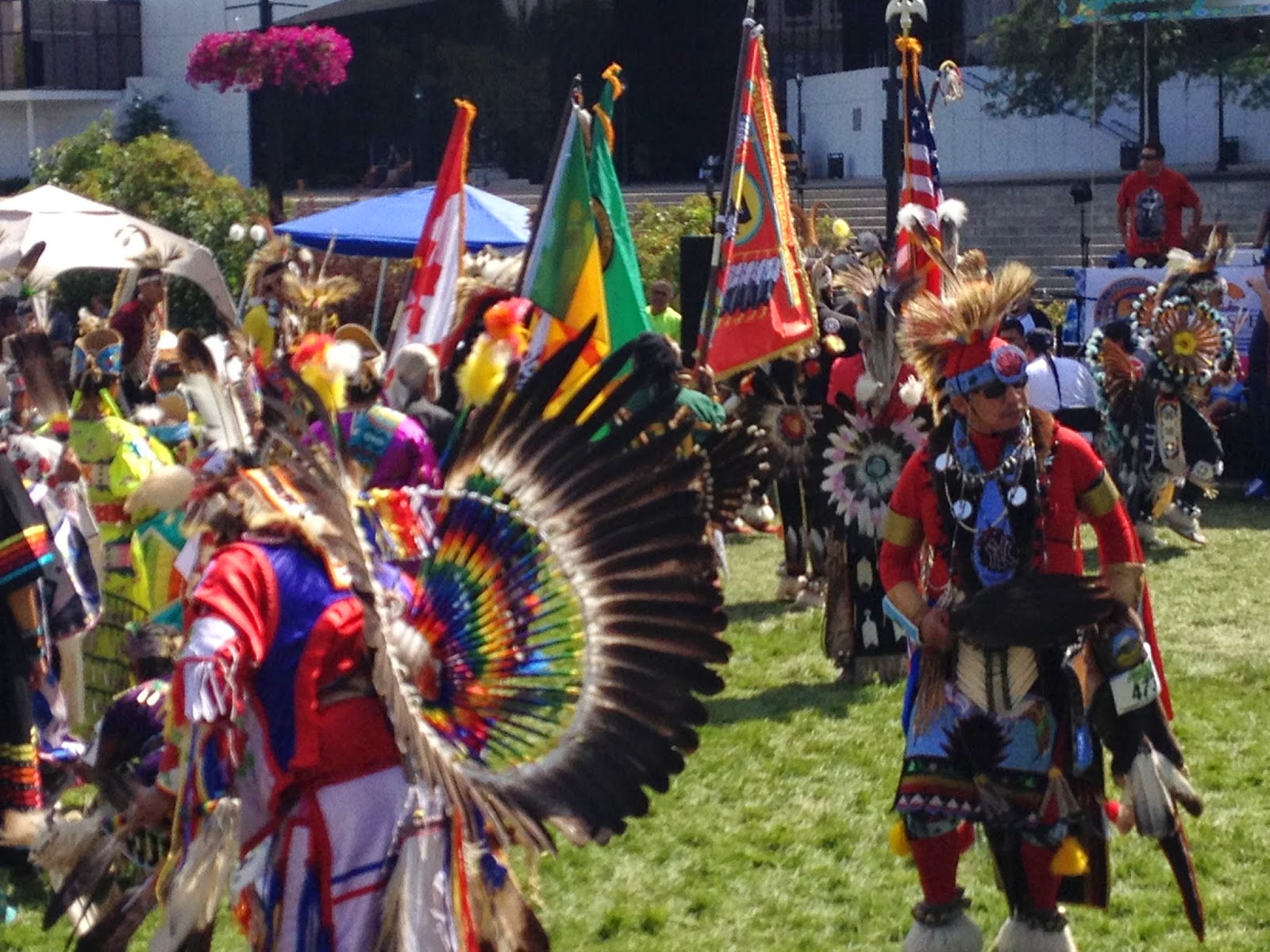 First Nations People from all over were there.  And it was really cool!

A couple of really quick videos:


A question about the pending Riverfront Park bond. If it passes, will they buy decorations for the barricades around the fountain? Maybe concertina wire?  Hard to think of something classier than portable barricades that are used every time an attraction is up and running. Maybe a brick fence tarp is in order, if the bond passes. 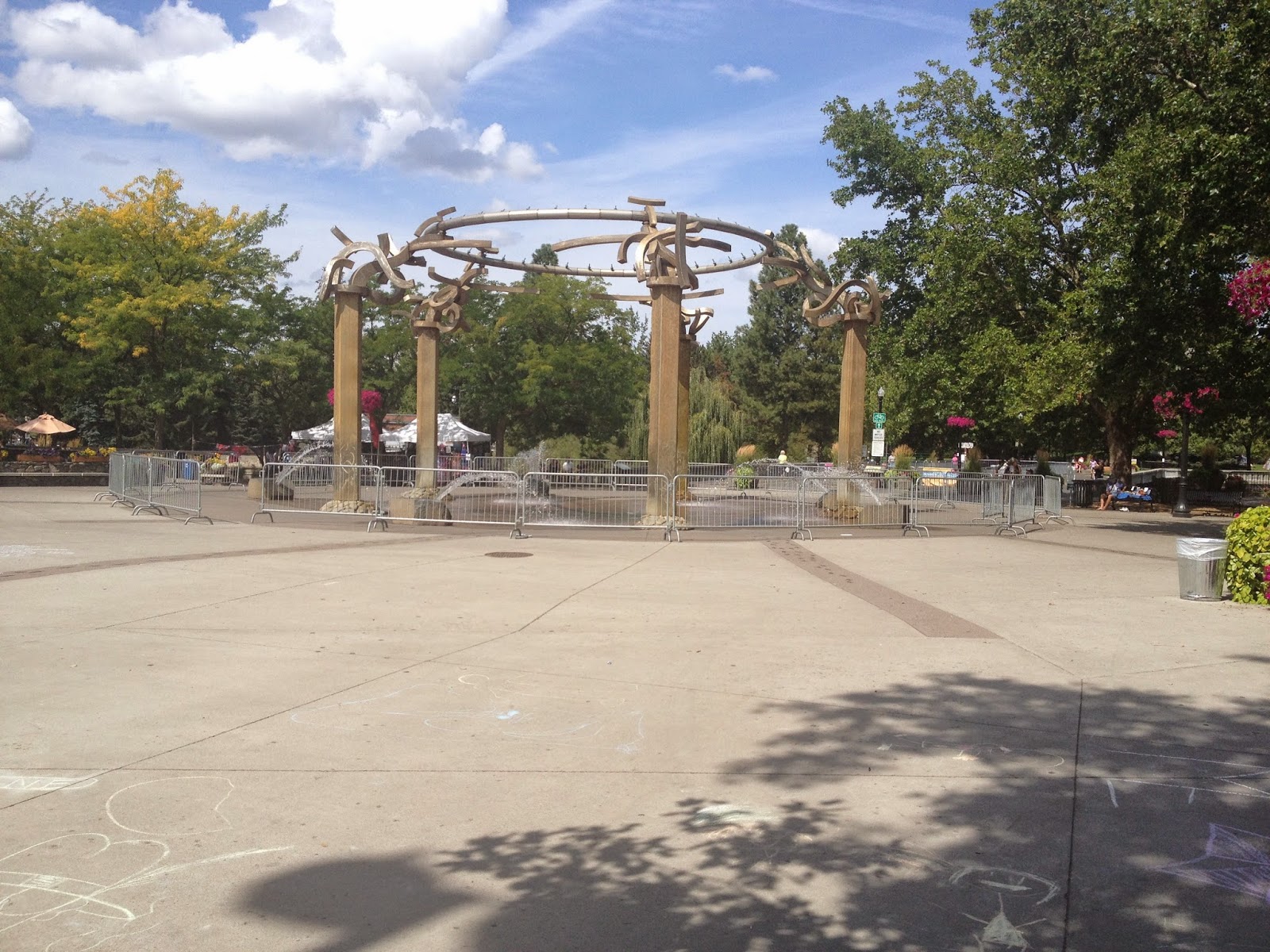 Posted by EvilElf at 2:56 PM No comments:

A month ago, I looked at my Comcast bill. There were some surprises. I was being charged $8 a month for a router. I also was being charged for two digital adapters at two bucks each per month. These were for TV sets that I don't even have. I rummaged around and found these contraptions. One of them was still in the box. The other looked like something that I had taken out of the box and not knowing what it was, shoved in a drawer.

So I cancelled our cable television. This will save us about $130 a month. I just bought a cable modem and must wade into the world of Comcast technical support to get that hooked up. I don't think there is anyway around it. Have to say that, to Comcast's credit, cancelling cable TV was easy. The service rep seemed giddy to do it.

We have Netflix and Amazon Prime and I have added Hulu Plus for $8 a month. So far, Hulu has been really good. Basically providing us with the same shows we would have DVR'd anyway. The only missing piece is local programming. I purchased an HDTV antenna from Radio Shack which only brought in one channel. I returned it. Now, I have an outdoor antenna being shipped, and we will see how that goes.

I have been really enjoying movies from the silent film era on YouTube. Spokane was a major hub of movie making during this time. In fact, Minnehaha Park was the home of Playter Studios. One of the main buildings of the studio was used by the Parks Department to store picnic tables until it burned down, I think, about eight years ago. Nell Shipman was a silent film star who helped put Spokane's Playter Studios on the map. She is more famously remembered as establishing her own studio on Priest Lake. A great read is Lionhead Lodge by Lloyd Peters. I picked this book up back in the early 80s. Mr. Peters owned Lloyds Hobbies and was a silent screen actor who worked with Shipman in Spokane and Priest Lake.

One reason I have an affinity for old movies is that a second cousin of my dad's was Chester Conklin. He was one of the Keystone Cops. Here he is seen with his pal Charlie Chaplin: 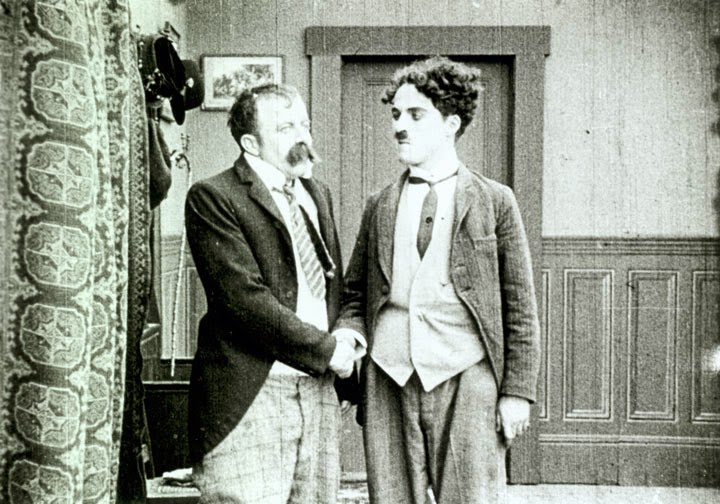 When I was seven or so, my dad made the call to Chester that we were going to visit him at his Hollywood actors old folks home. Chester was excited to have some visitors. Dad, mom and six kids (packed in a station wagon) drove around southern California for hours and never found the place. Sorry Chester.

Probably one of the most famous movies filmed at Playter Studios was Nell Shipman's The Grub-Stake.  And while most of her movies have been lost, you can watch The Grub-Stake here. I did. If you give it a half hour or so, you may really like it.
Posted by EvilElf at 9:06 AM No comments:

Lincoln Street is, most certainly, closed.

On 16th and Wall, there has been an effort to let motorists know this. Sadly, many have blown past this sign. They reverse their course after they see, with their own eyes, that, indeed the street is closed. Their mood is befouled and they accelerate their vehicles with acrimonious aplomb - hither and yon.


- Posted using BlogPress from my iPhone

Posted by EvilElf at 1:45 PM No comments:

Spent most of last week in a cabin at Priest Lake. We get a pretty good deal on a nice place with an access to the beach at Steamboat Bay. The water was about 72 degrees by the time we left and the sand at the beach is the best.

I like Priest Lake. I think everyone does. It still amazes me though how expensive property is in the area. It's nice, but really, is it that nice? And it's going to get even more expensive - really fast. The cabin we stayed at is on deeded land. Most aren't.

To be a realtor at Priest Lake these days must be like winning the lottery. So many cabins are on land that was formerly rented out to the cabin owners by the state. These cabins have been passed down from one middle class generation to the next. Now, the state is selling the land. And many ancestral homes are being auctioned off to people from very far away, people who probably already have two or three similar cabins across the world, not to mention yachts and million dollar motor homes. Their private jets will probably have to land in Sandpoint because the landing strips around Priest Lake are not long enough. Kinda sad. Hopefully they have a pontoon boat that they can taxi up to their docks with. More than likely, they probably won't be making it out there too often. Too many choices!

If you want to see how the middle class used to live in the USA, Priest Lake is a good place to go. Nice sand too. 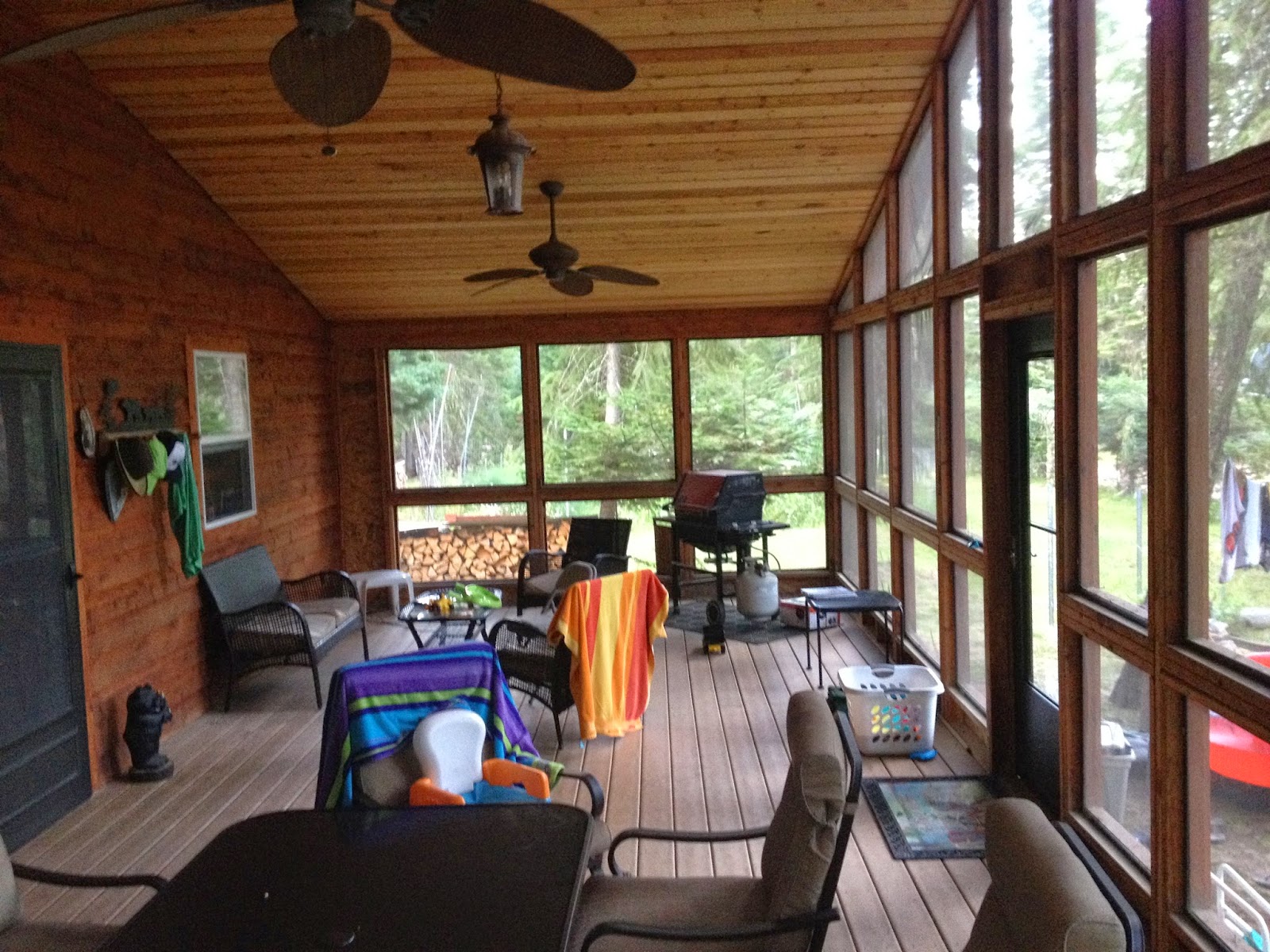 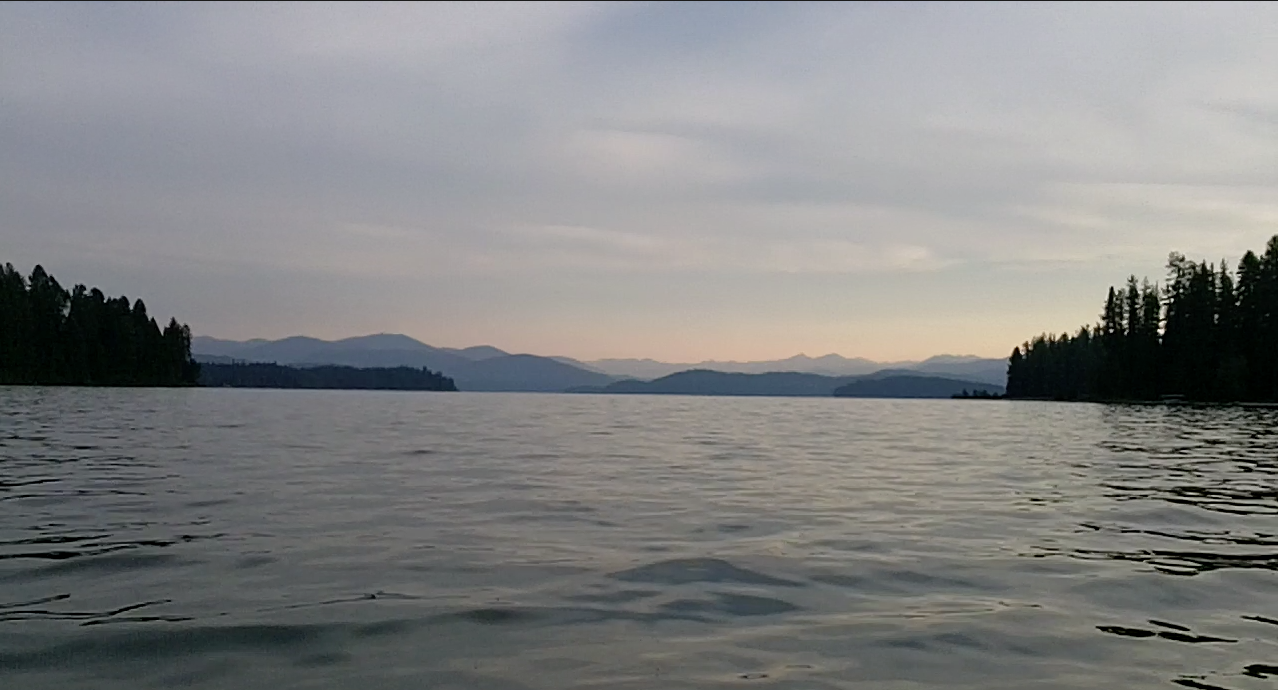 This usual early morning kayak fishing expedition finally netted me a fish. I looked at him. He looked at me. I think we recognized each other from last year. Swim on!