There's always a great orderliness and peace that comes with garbage day. Garbage trucks on their rounds fulfilling their end of the pact while we citizens have done our part. It's a perfect picture of why we have cities, why we pay taxes and why we have government. Socialism? If so, give me more!

And when your child is out there waving at the cops, the firefighters and the garbagemen as they drive by, I'll be doing the same... Comrade.


Posted using BlogPress from my iPad

Posted by EvilElf at 1:48 PM No comments:

Posted by EvilElf at 7:00 PM No comments:

My mom lives in a duplex which is just the right size for her. Every year, we talk her into hosting the Saint Patrick's Day feast. The best corned beef and cabbage dinner in town! And we jam in there - six kids, spouses, significant others, insignificant others, tons of grandkids and a swelling population of great-grandkids. Couches become dining booths and it's elbow to elbow Jamison and Guinness. I debuted my new batch of beer - Shamrock Shakes - Red Ale and, frankly, it wasn't that good. I think it has another couple weeks to go before it is where I want it to be.

Mom's carving up the corned beef when this picture was taken. Look at those faces!

Posted by EvilElf at 9:46 AM No comments: 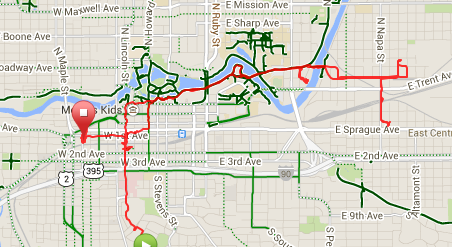 On Saturday, Sarah and I tried out the running and drinking route which we have only experienced, thus far, by walking and bus. Worked out really well. The Iron Bridge is the key to making this journey. My GPS watch died at the last brewery (River City). I am thinking it was probably about 12 miles round trip. 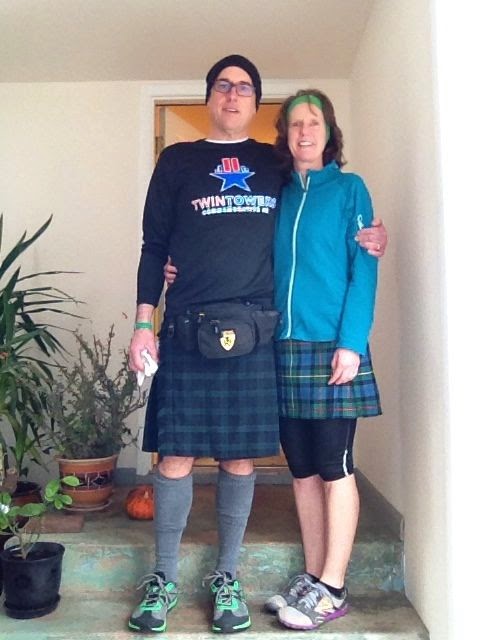 Here is a pictorial round up: 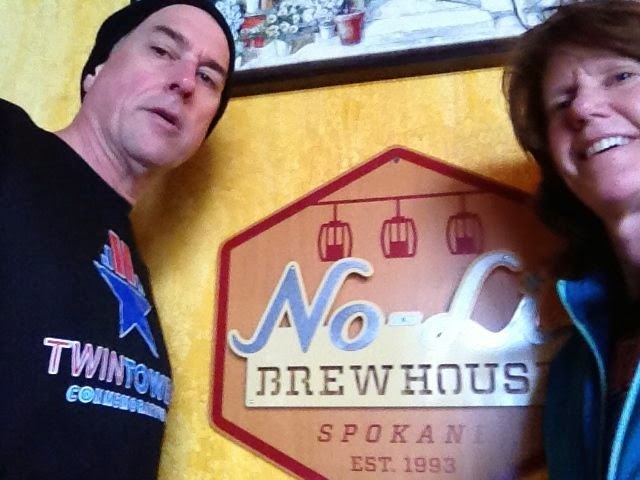 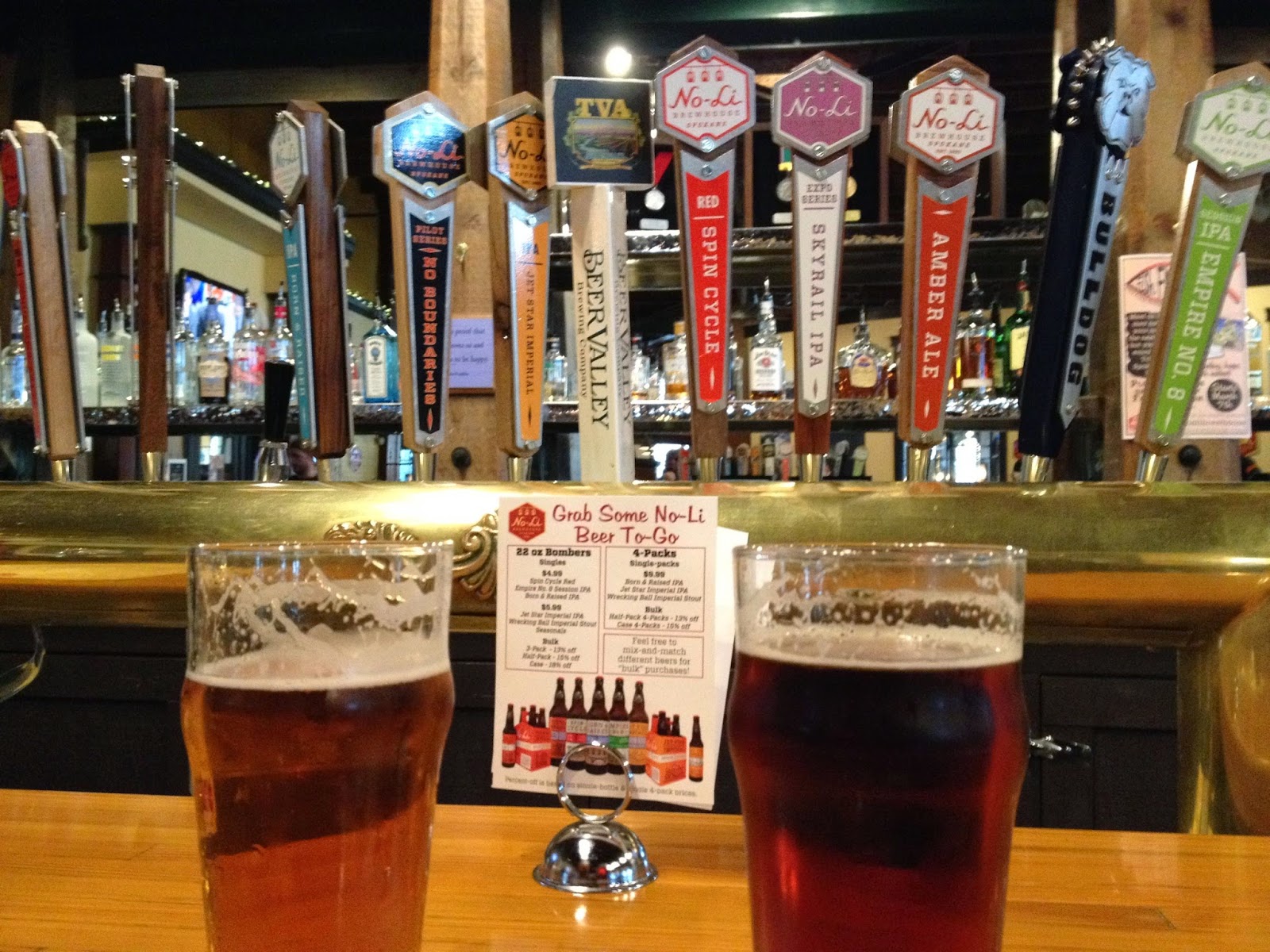 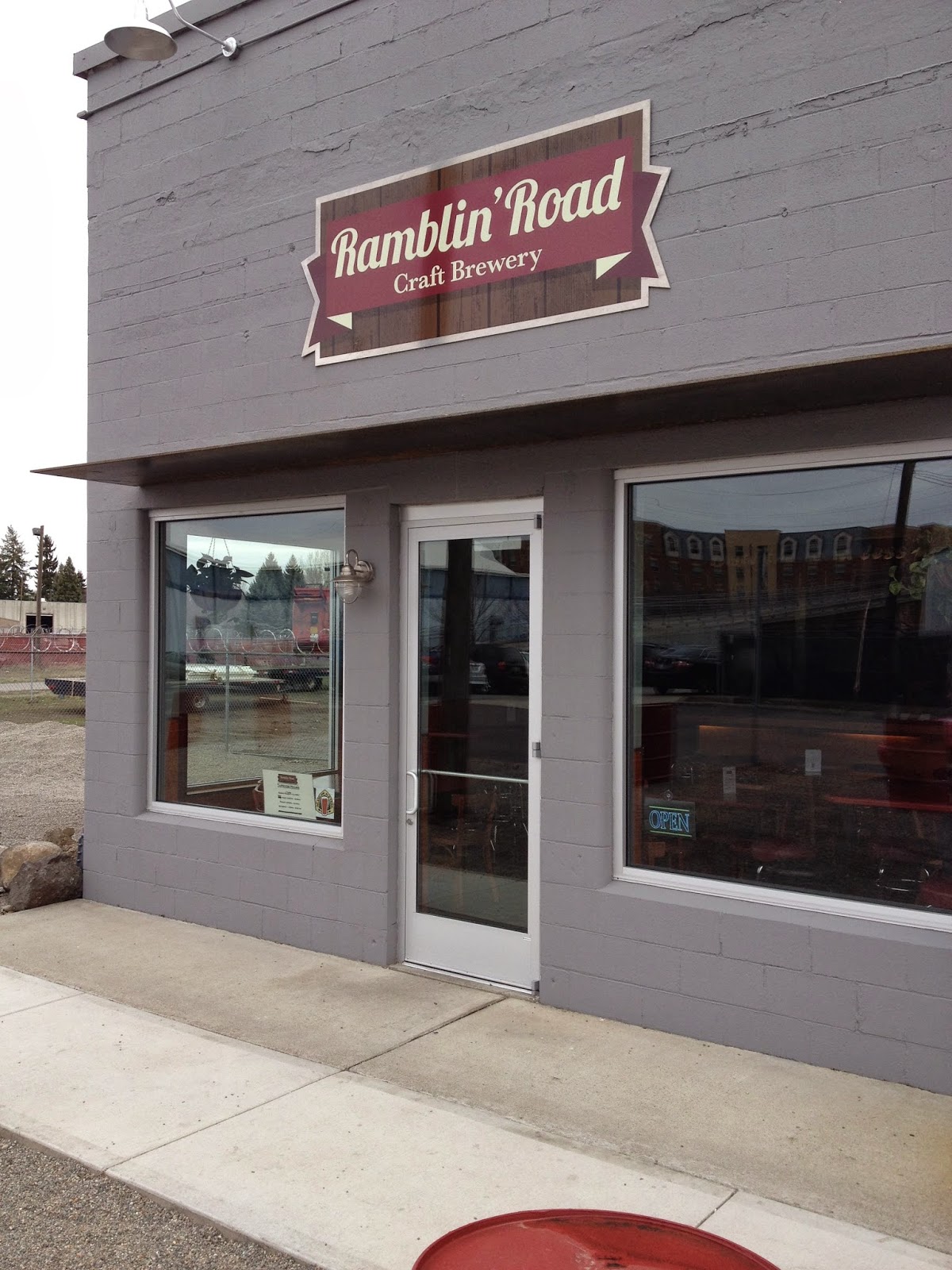 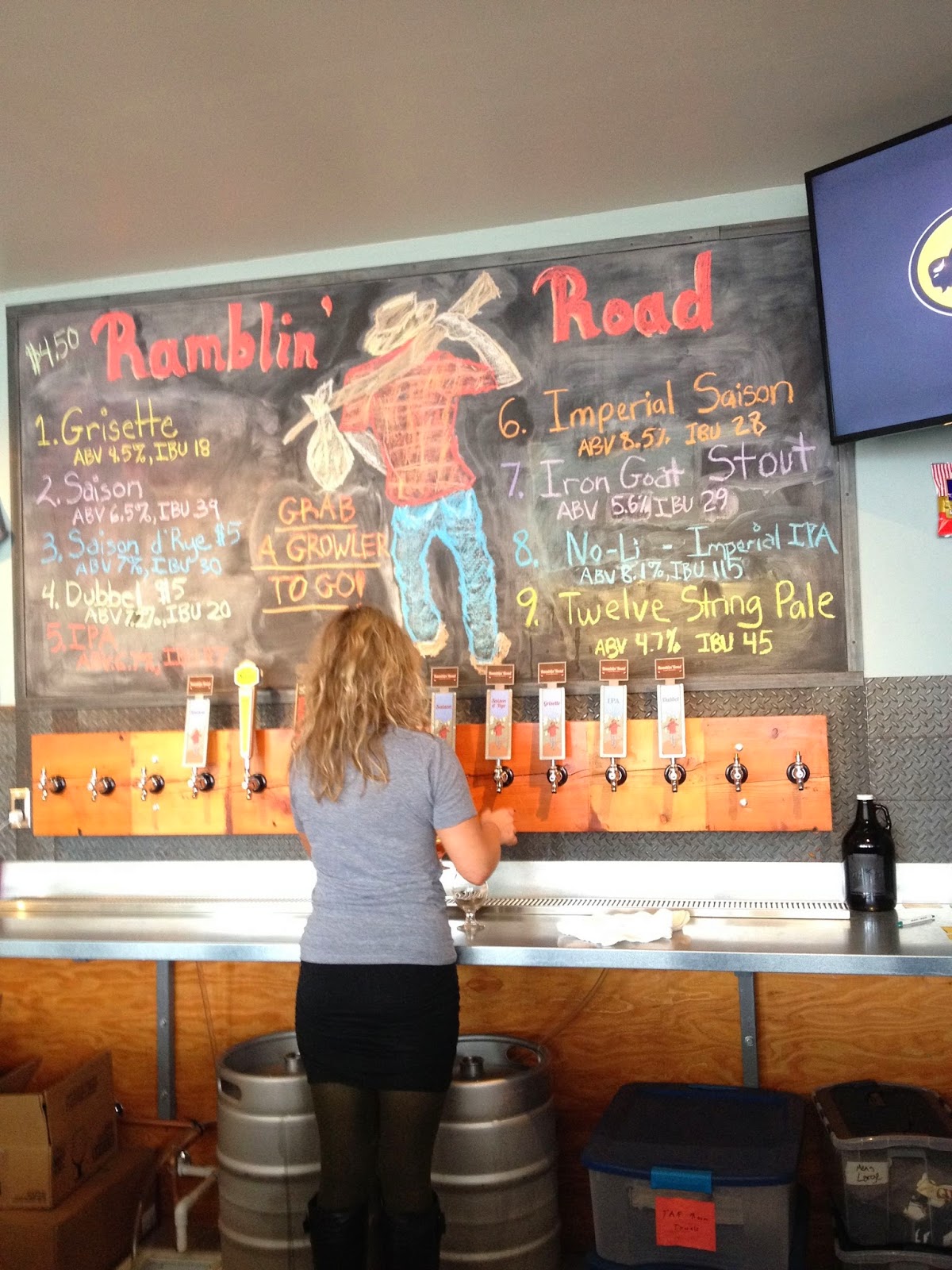 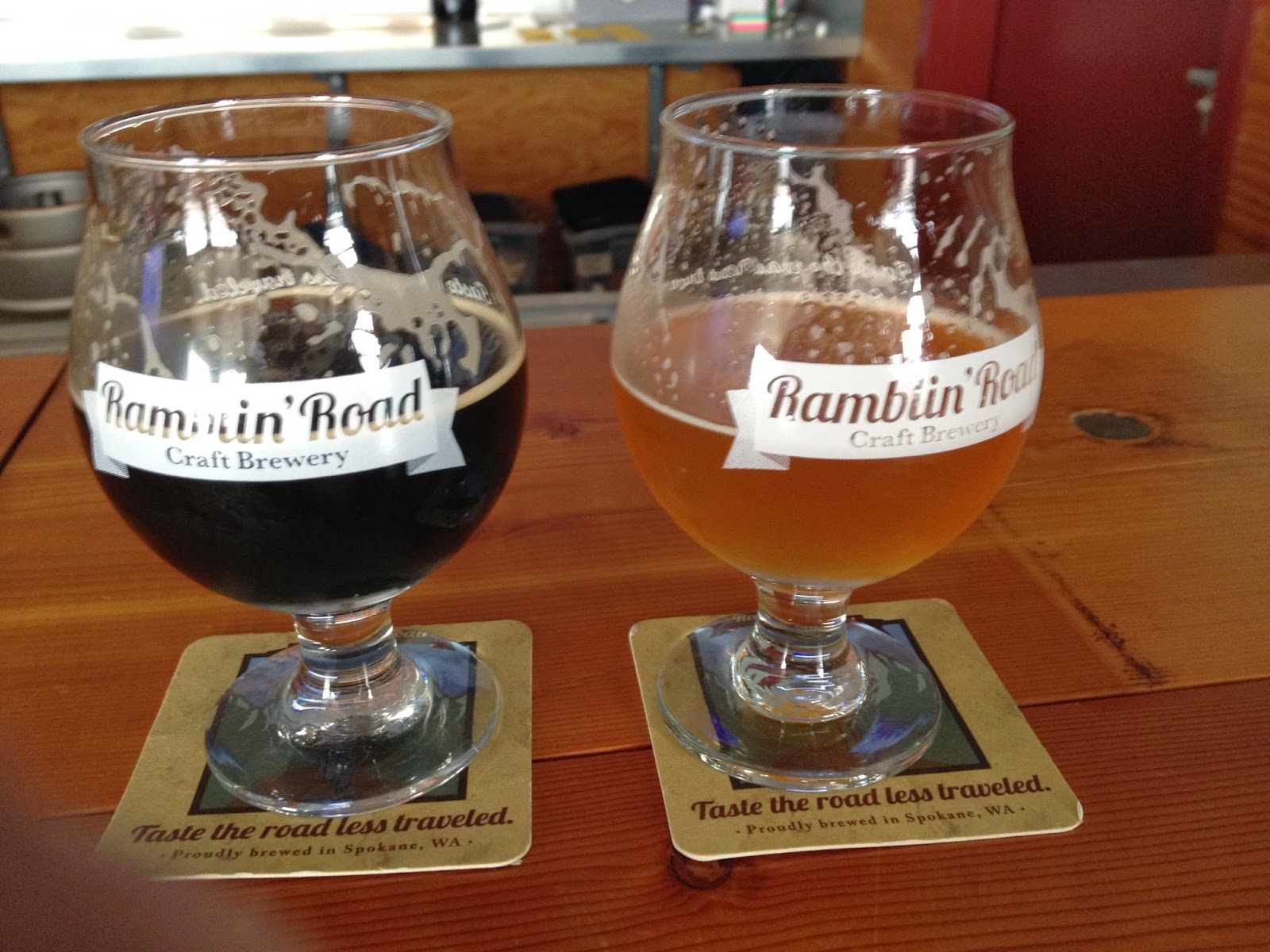 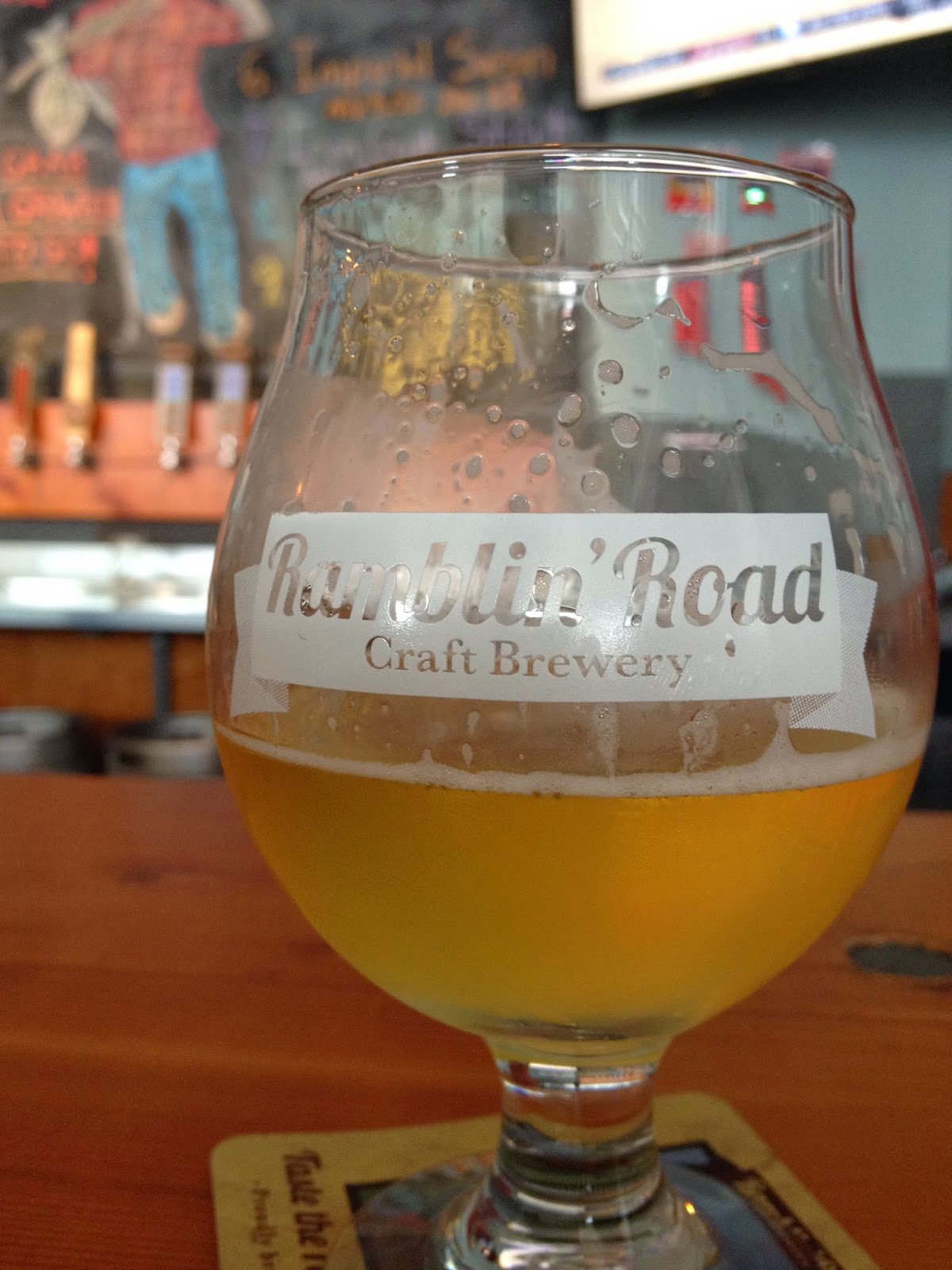 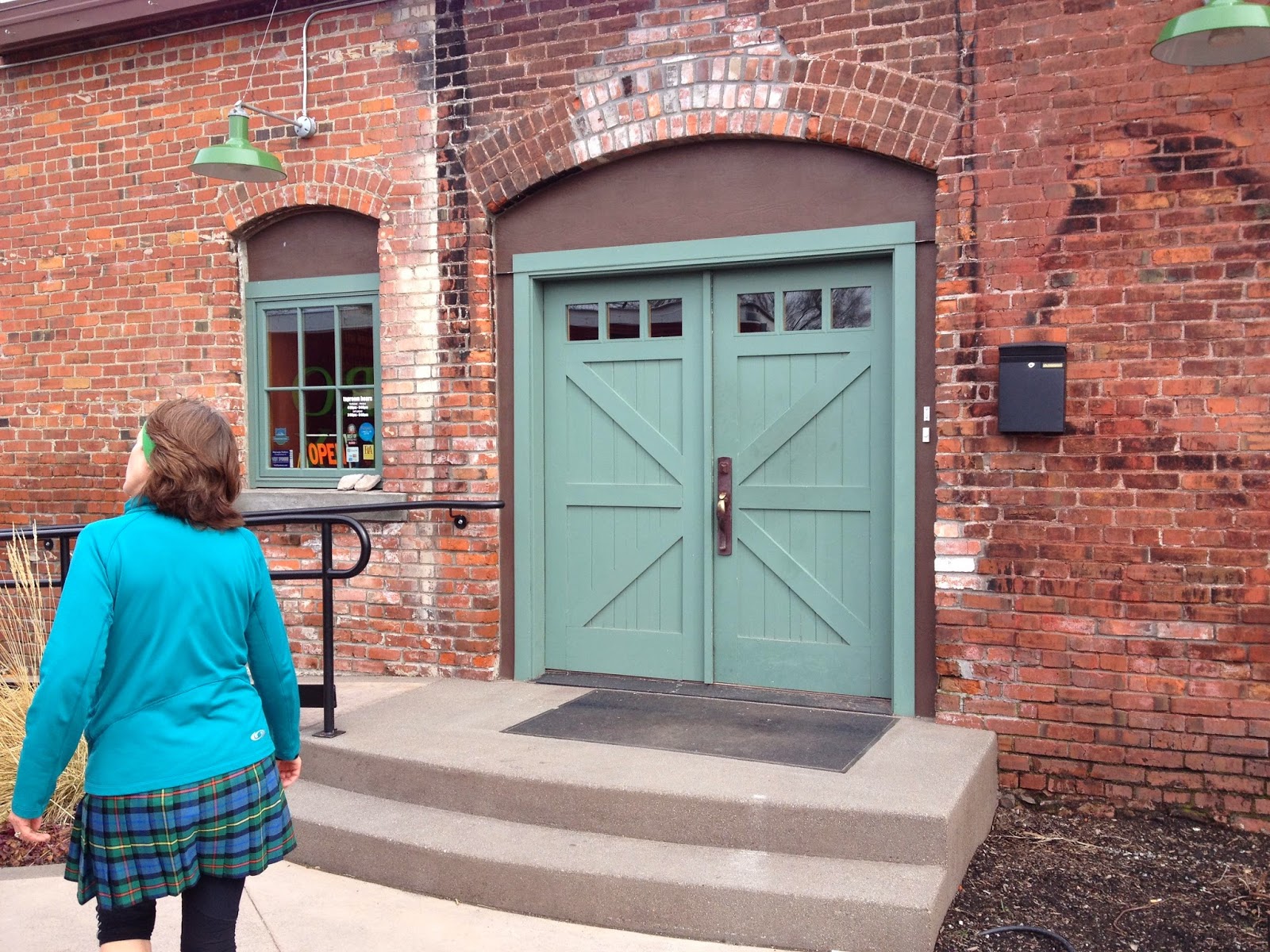 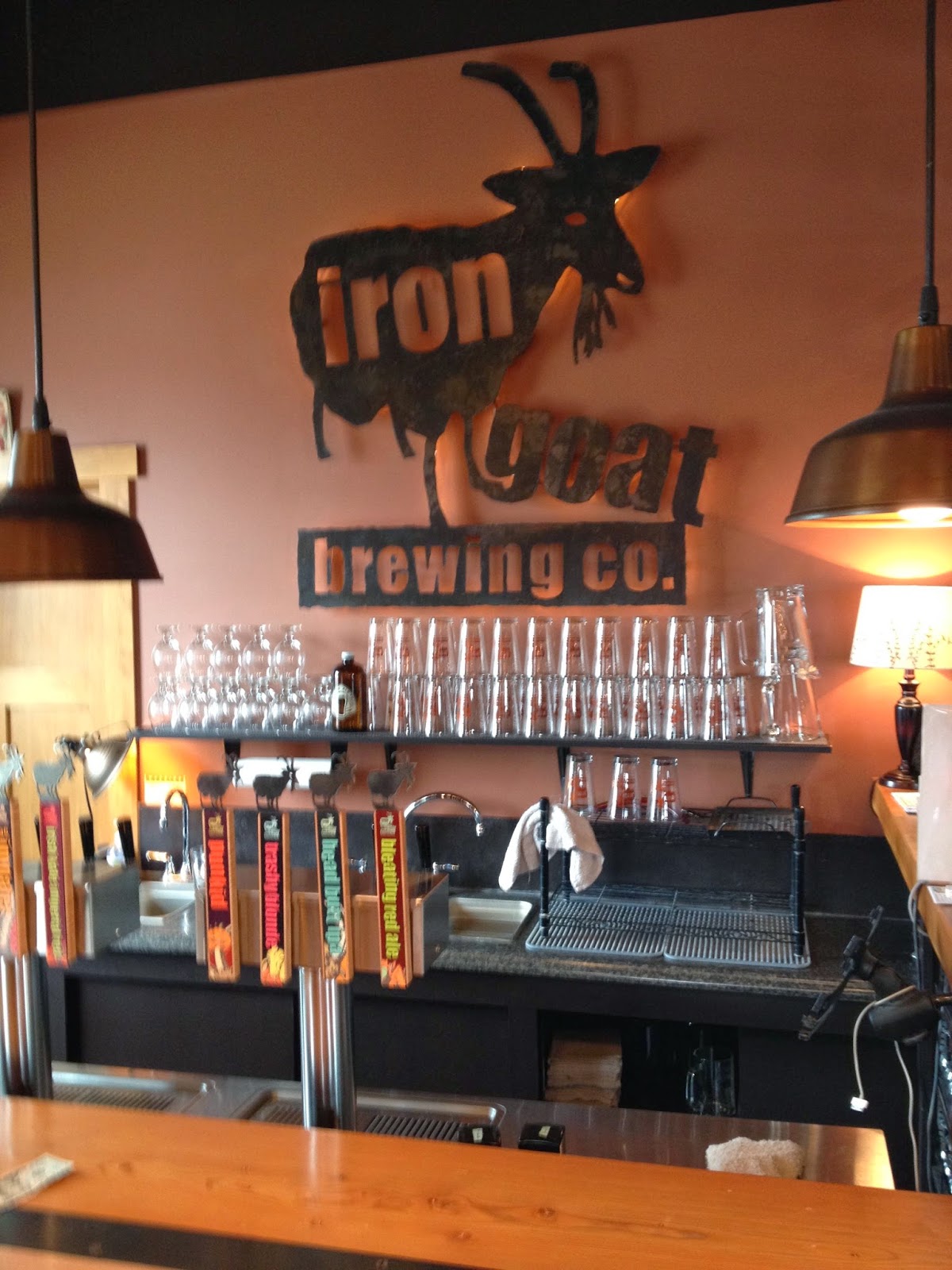 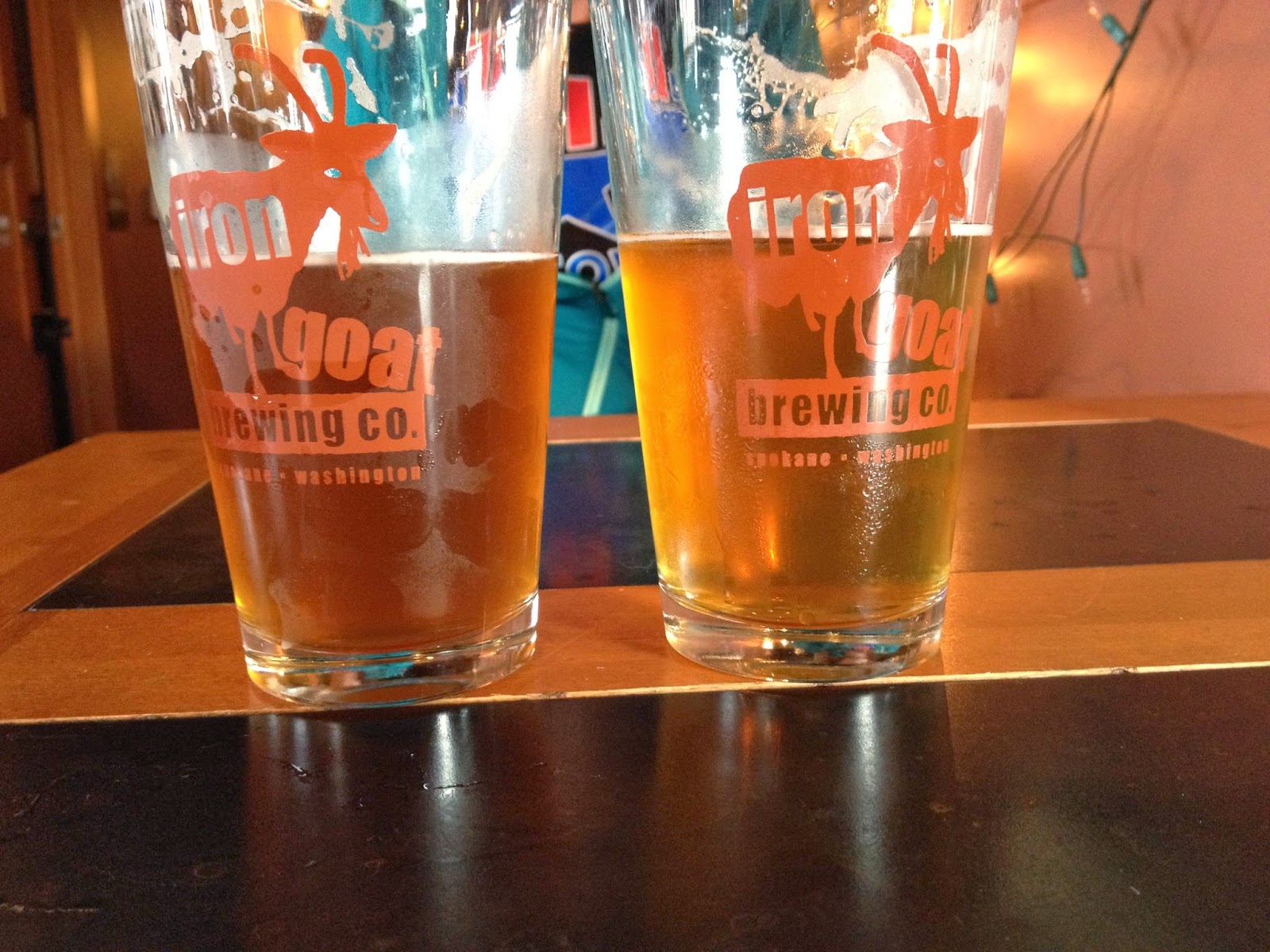 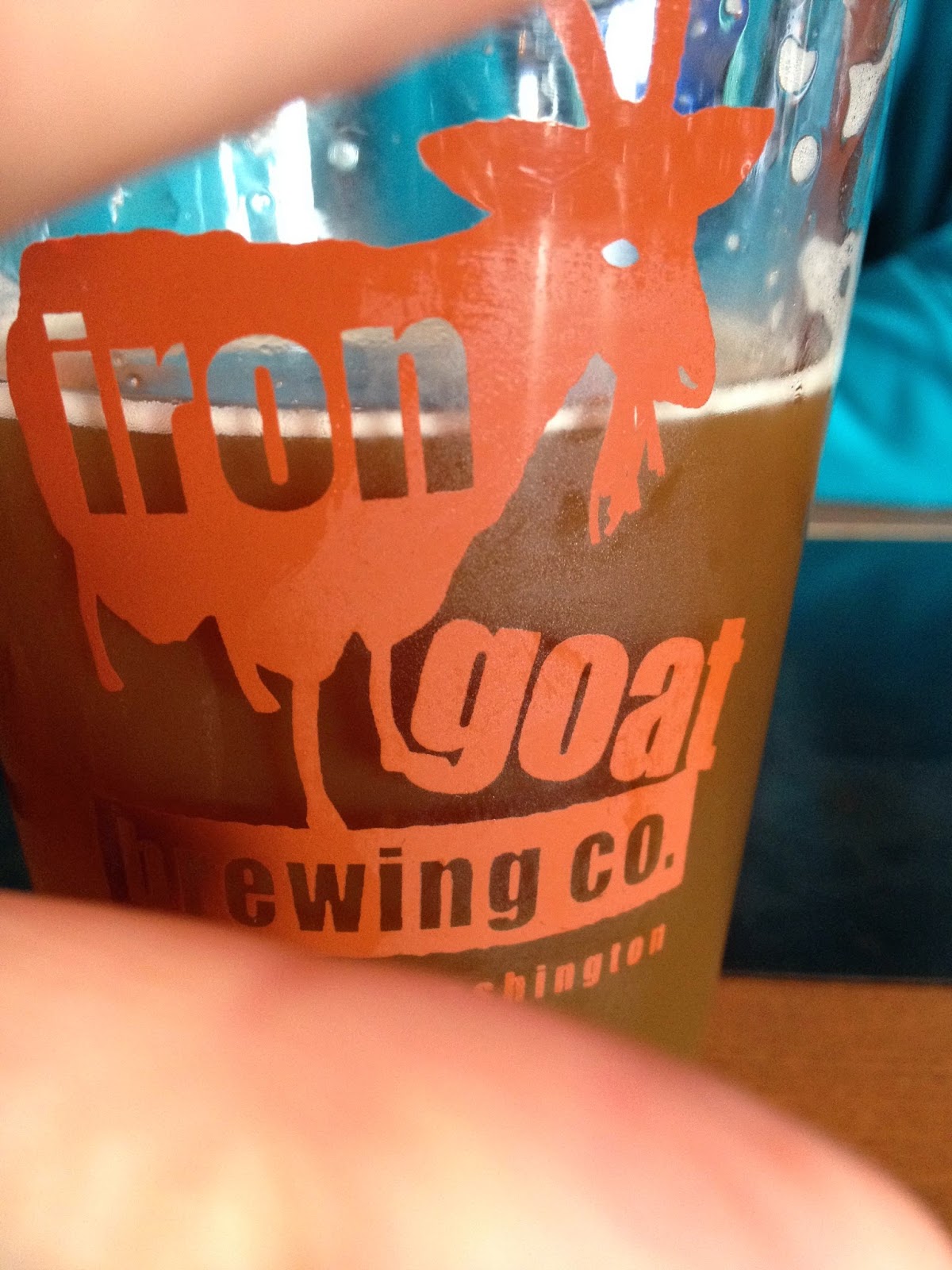 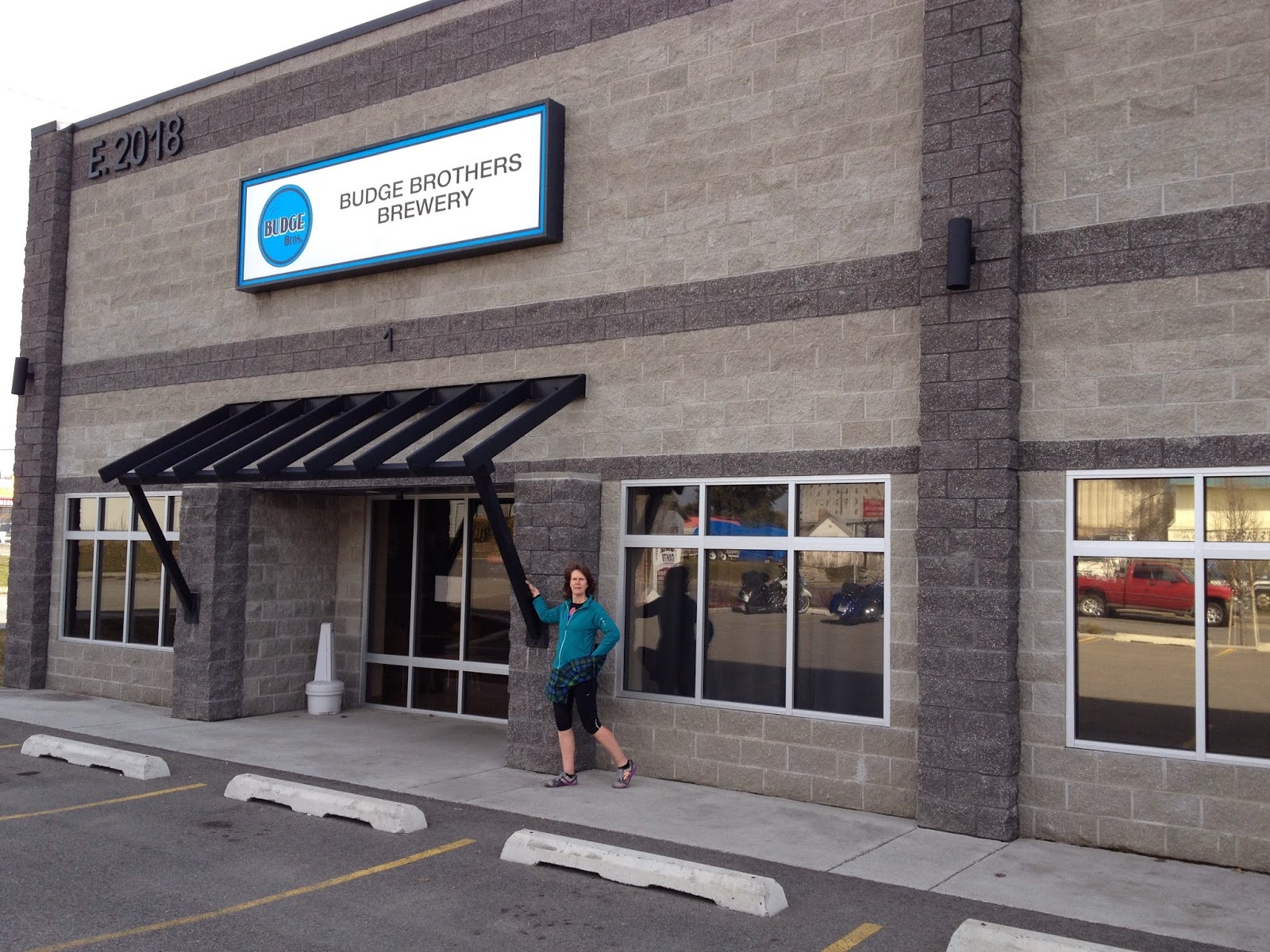 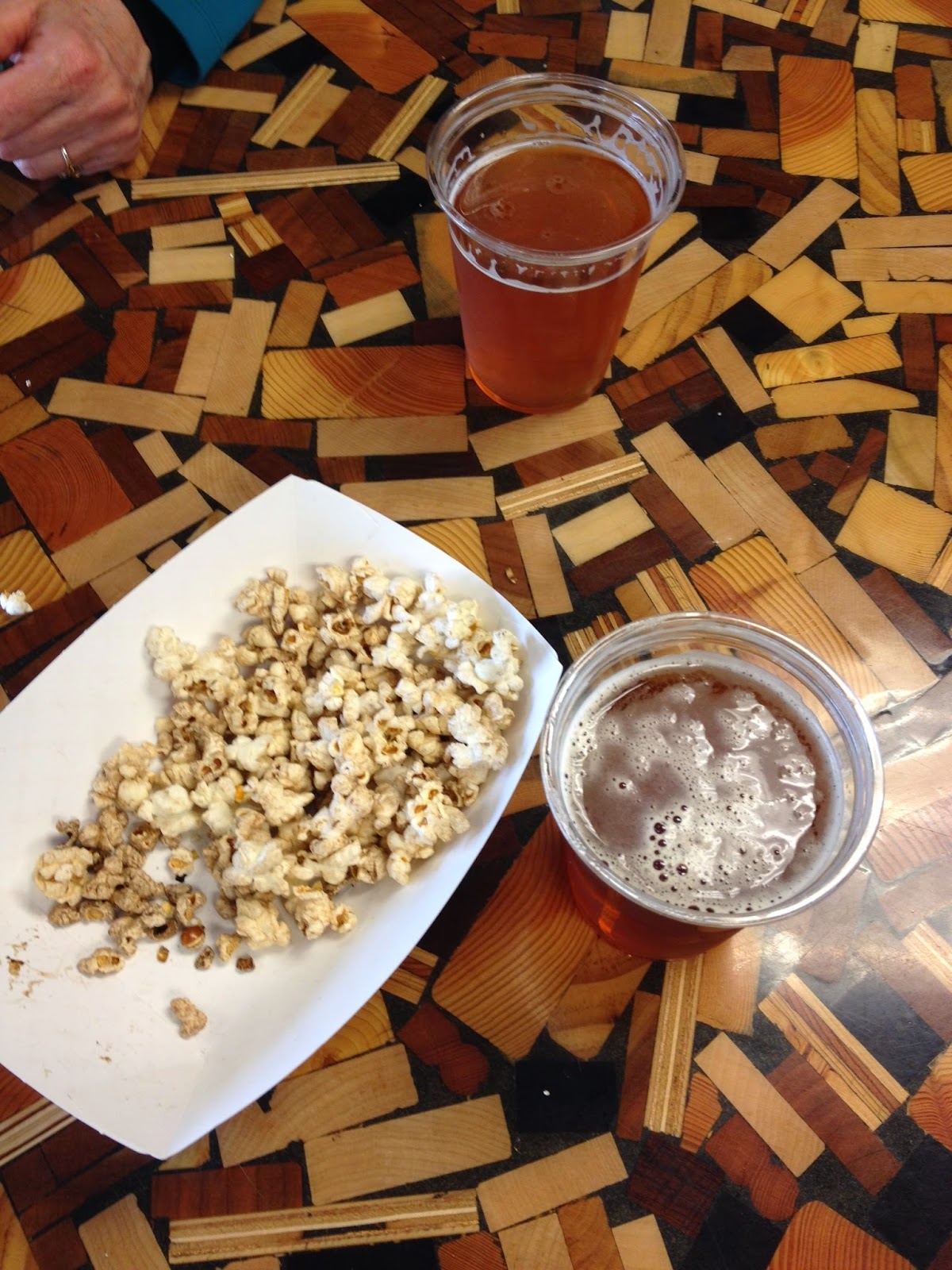 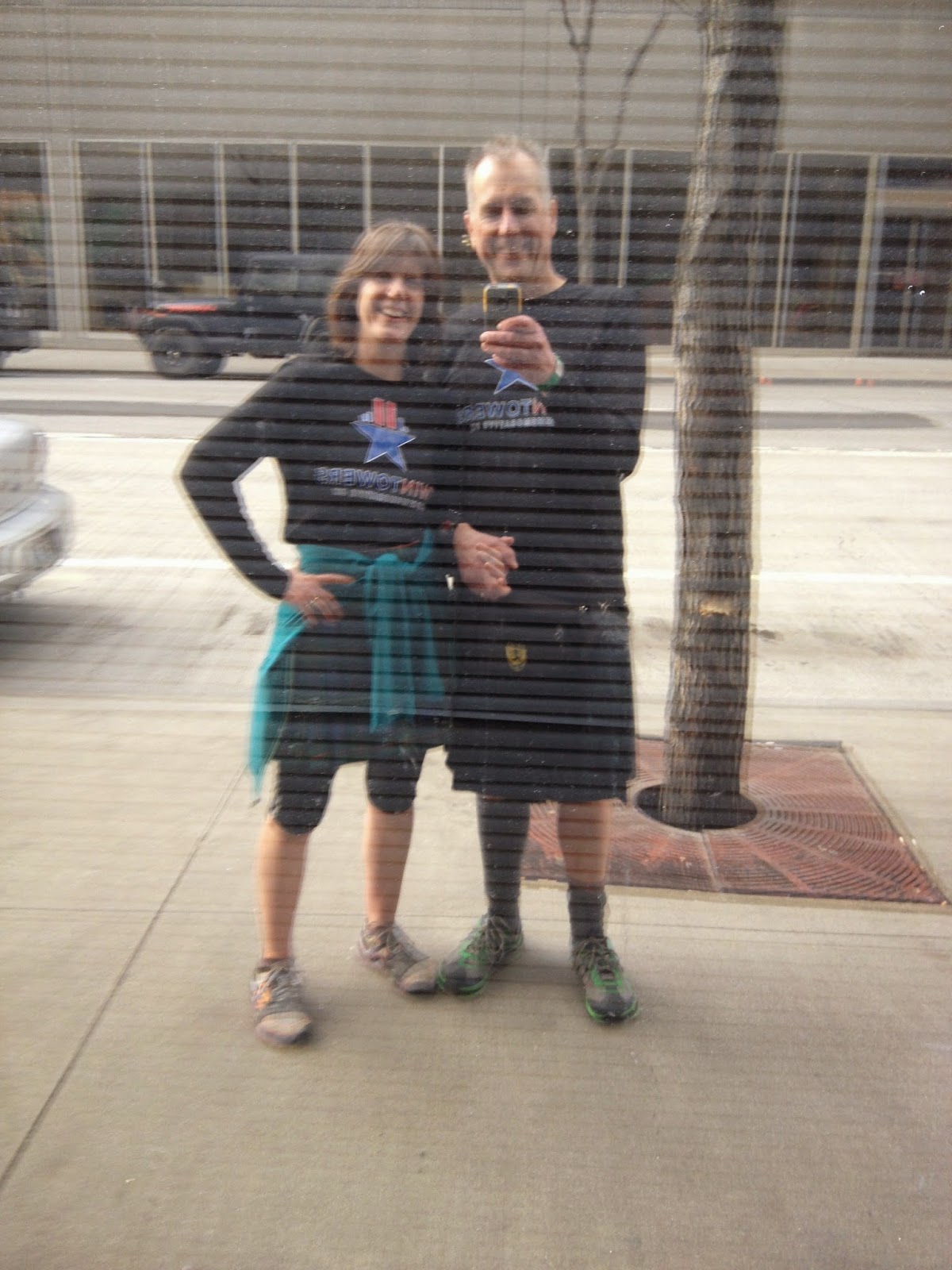 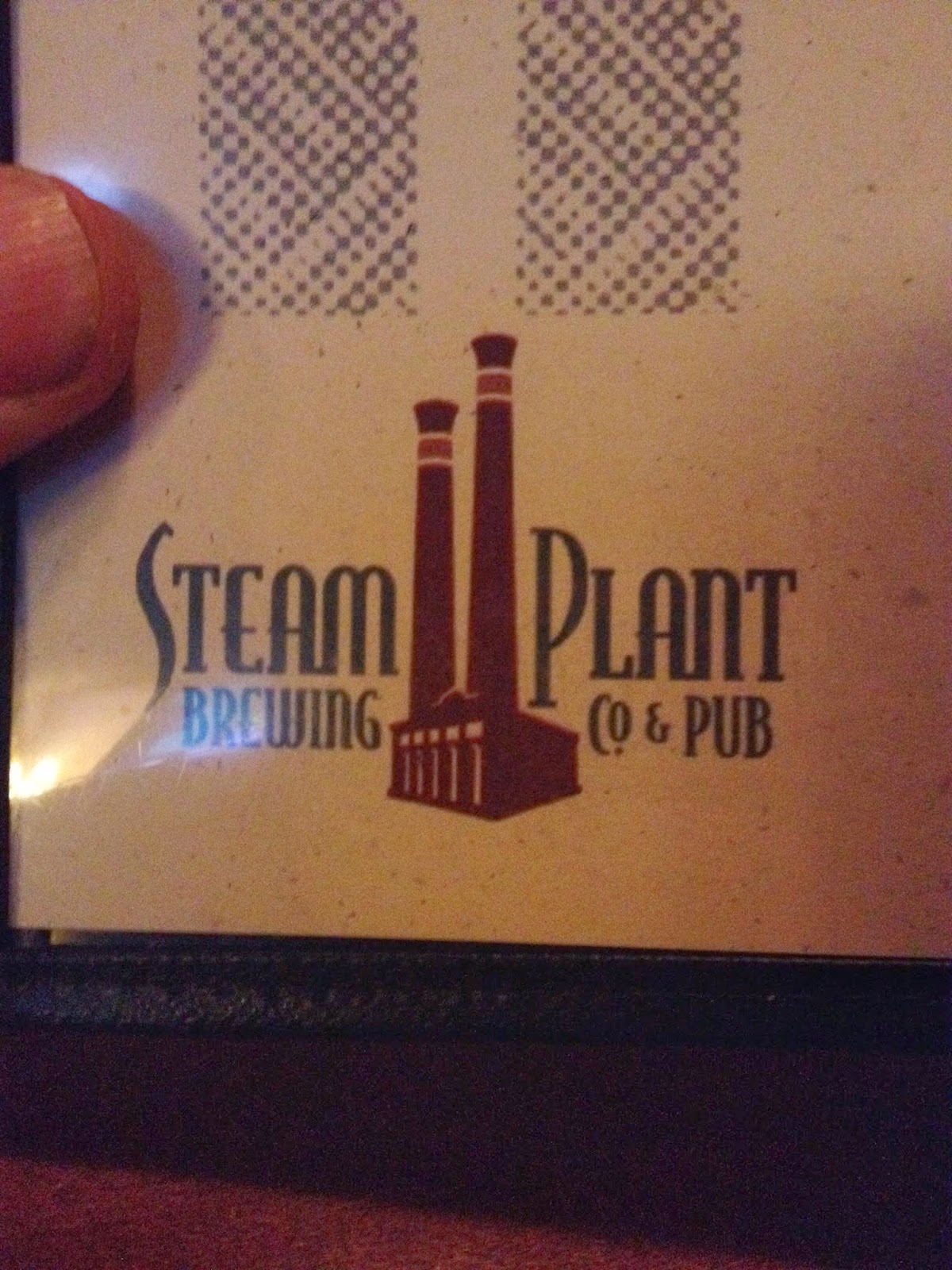 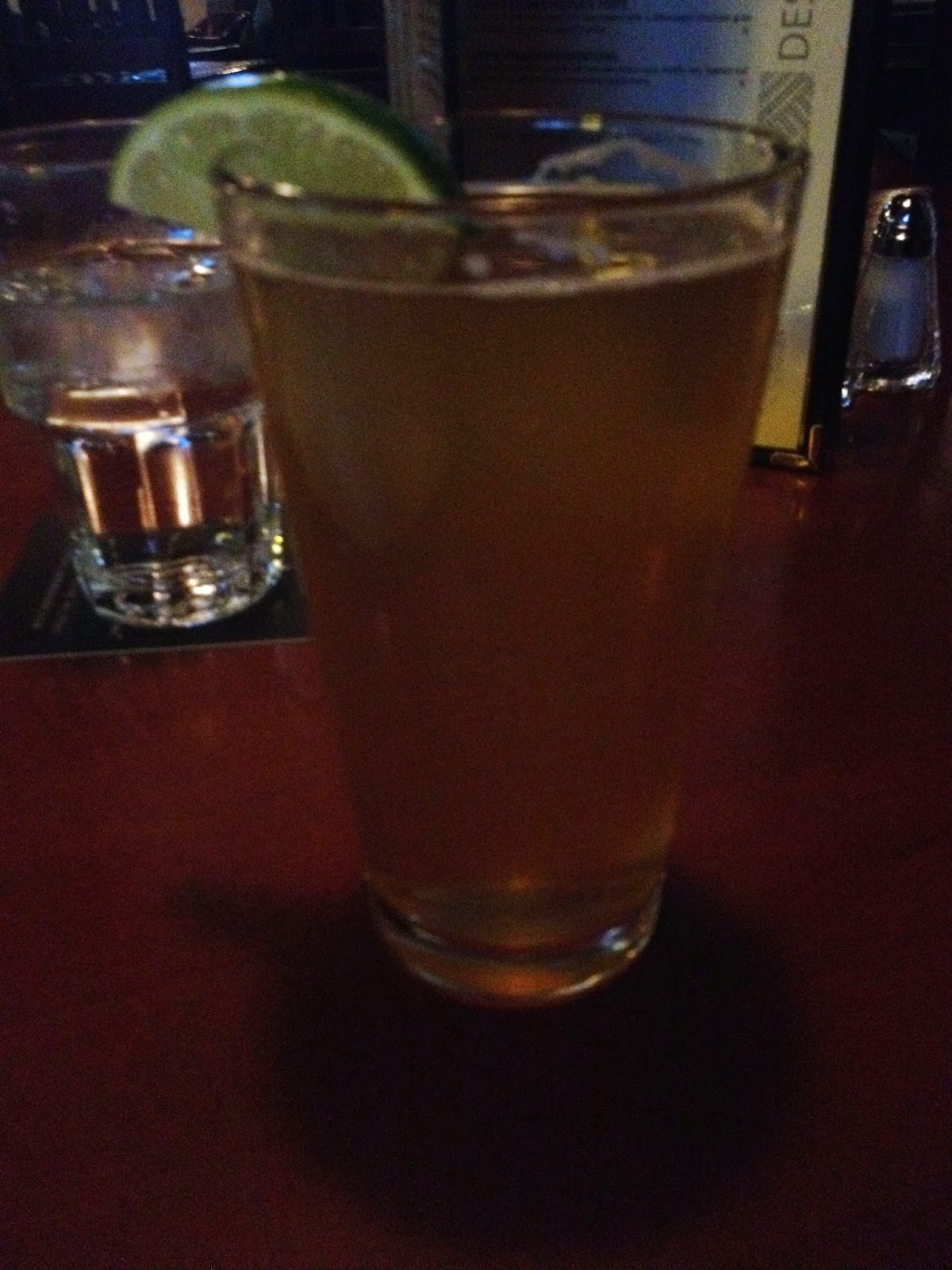 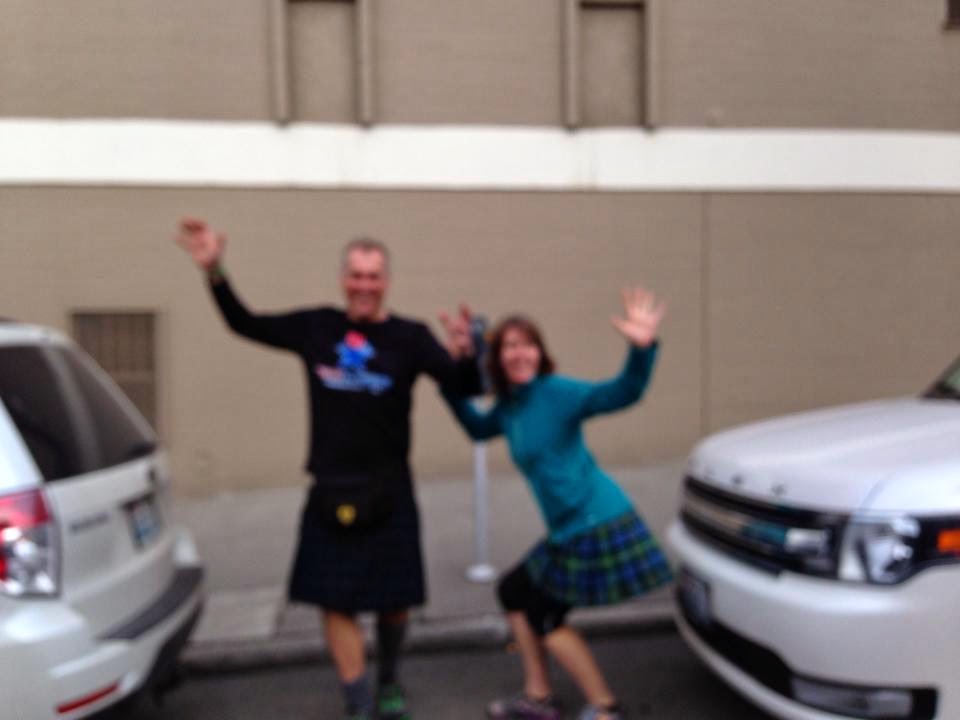 Tracy and Max Martin caught us in the act! 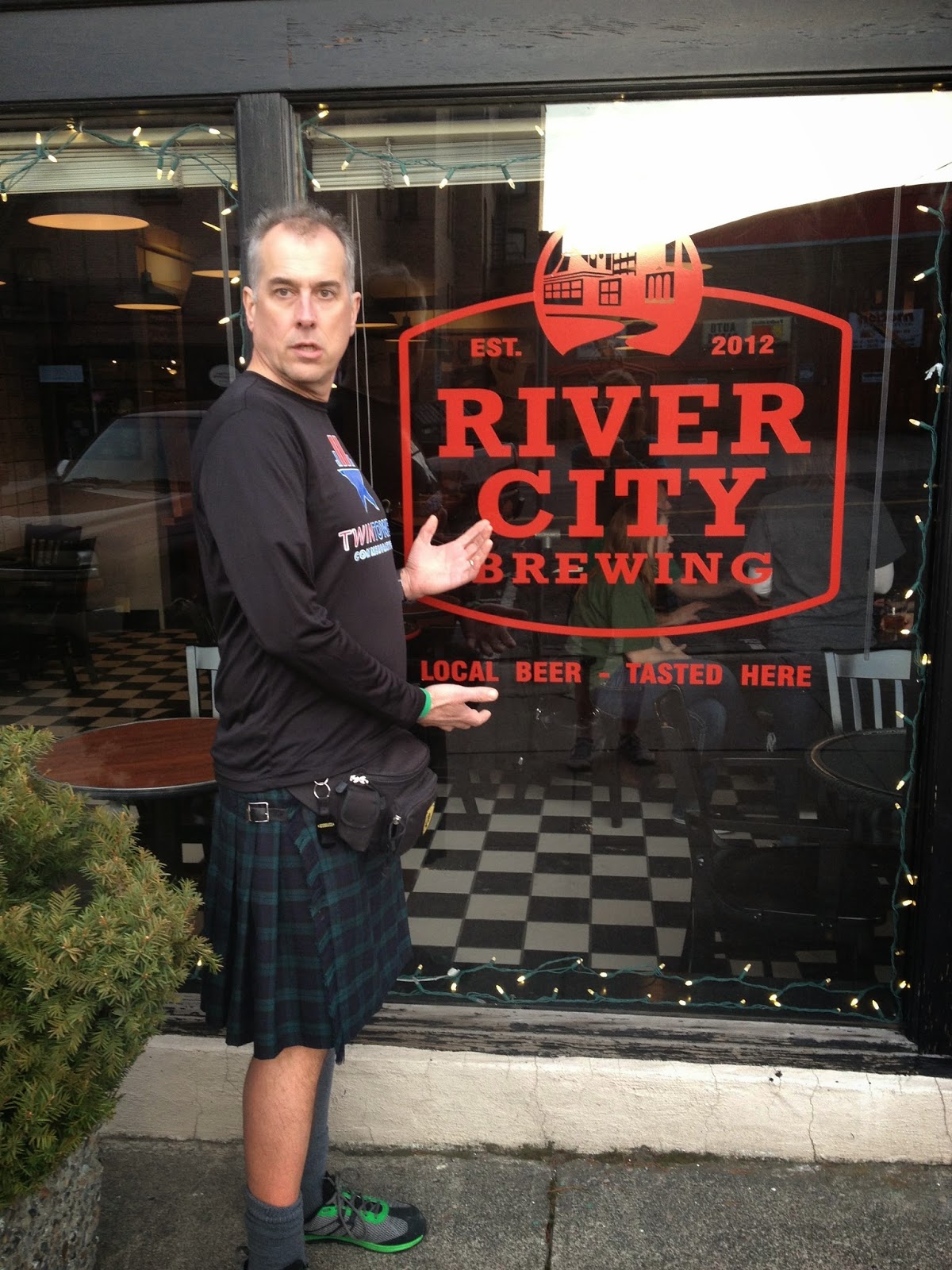 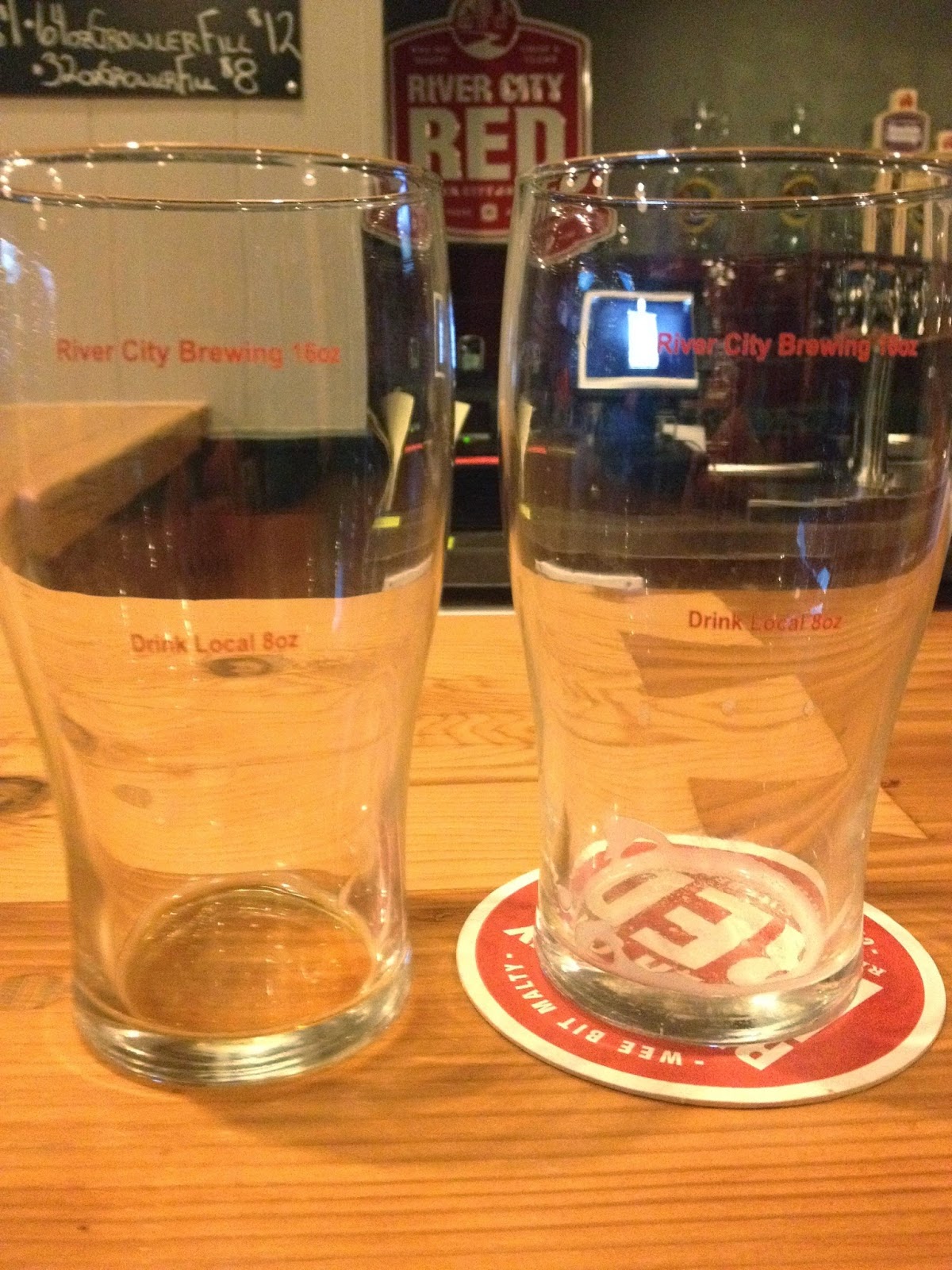 The beer was all great. If you care for me to name favorites, email me and I will let you know. The only big critique was the lack of bike racks (we were also scouting to make this a bike tour too).

Most breweries have bike racks ordered and one who didn’t have racks said that patrons could bring
their bikes inside. So, I think that should not be a problem this summer when it may be too hot to run.

We had a good time running the route, but biking would open it up to more people and would be a  more social event for Spokane beer pilgrims. Perry Street Brewery will be an easy add to the beginning of the route. An extended route could include Orlison, 12 Strings and Selkirk Abbey. Probably best for biking.

So, if you want to run or bike 10 to 12 miles, and at the same time drink away a Saturday, please consider this route!
Posted by EvilElf at 2:26 PM No comments:

Click to make it readable. Will probably be at NoLi around 1230.

Posted by EvilElf at 7:27 AM No comments:

The route I would like to take is River City, NoLi, Iron Goat, Budge Brothers, Ramblin Road and end at Steam Plant. This is possible if River City opens at noon instead of their usual 3 pm. This route assures food at the end of the longest leg and at the very end (NoLi and Steam Plant), although, probably Iron Goat and RR will have food wagons.  Both Downtown breweries - River City and Steam Plant open later than any of the others. I have emails out to confirm their hours aren’t extended for the St. Patrickal doings.

I look forward to adding Perry Street Brewing to the walking/biking/running/bus brewery tour roster. It is opening today, and I want to let the dust settle. Besides, this run will be anywhere from six to eight miles already and I want to give the plantar fasciitis a little break this weekend.

This is a test run (literally) for Sarah and me of the usual brewery line up. I will tweet our progress as long as I can and keep you posted. Aiming to hit the first brewery one-ish. Too bad The Ram or Birkebeiner isn’t still in business it would have plugged some brewery holes in the map. Maybe we’ll see you on the trail or in the breweries. And if we get thirsty in between, there are lots of watering holes!

Click the image above to make it readable. I will probably figure out the actual route tomorrow and will post that too. Probably.
Posted by EvilElf at 3:15 PM No comments:

The garden is started.

So far, I've got tomatoes, eggplant, peppers and, for the first attempt ever, okra going strong in the basement. It has pushed out the brewing operation a little, but I think it will all be good. 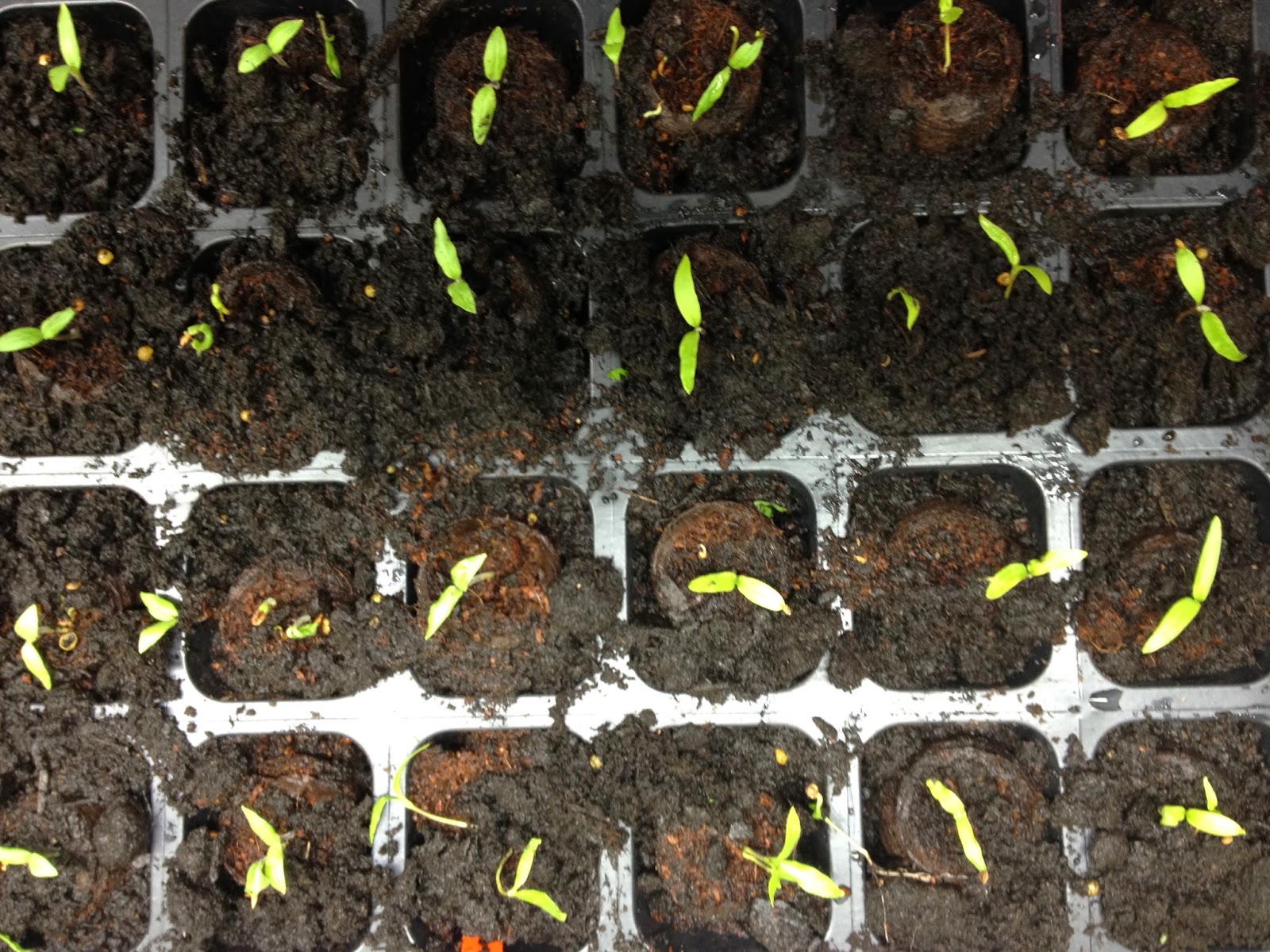 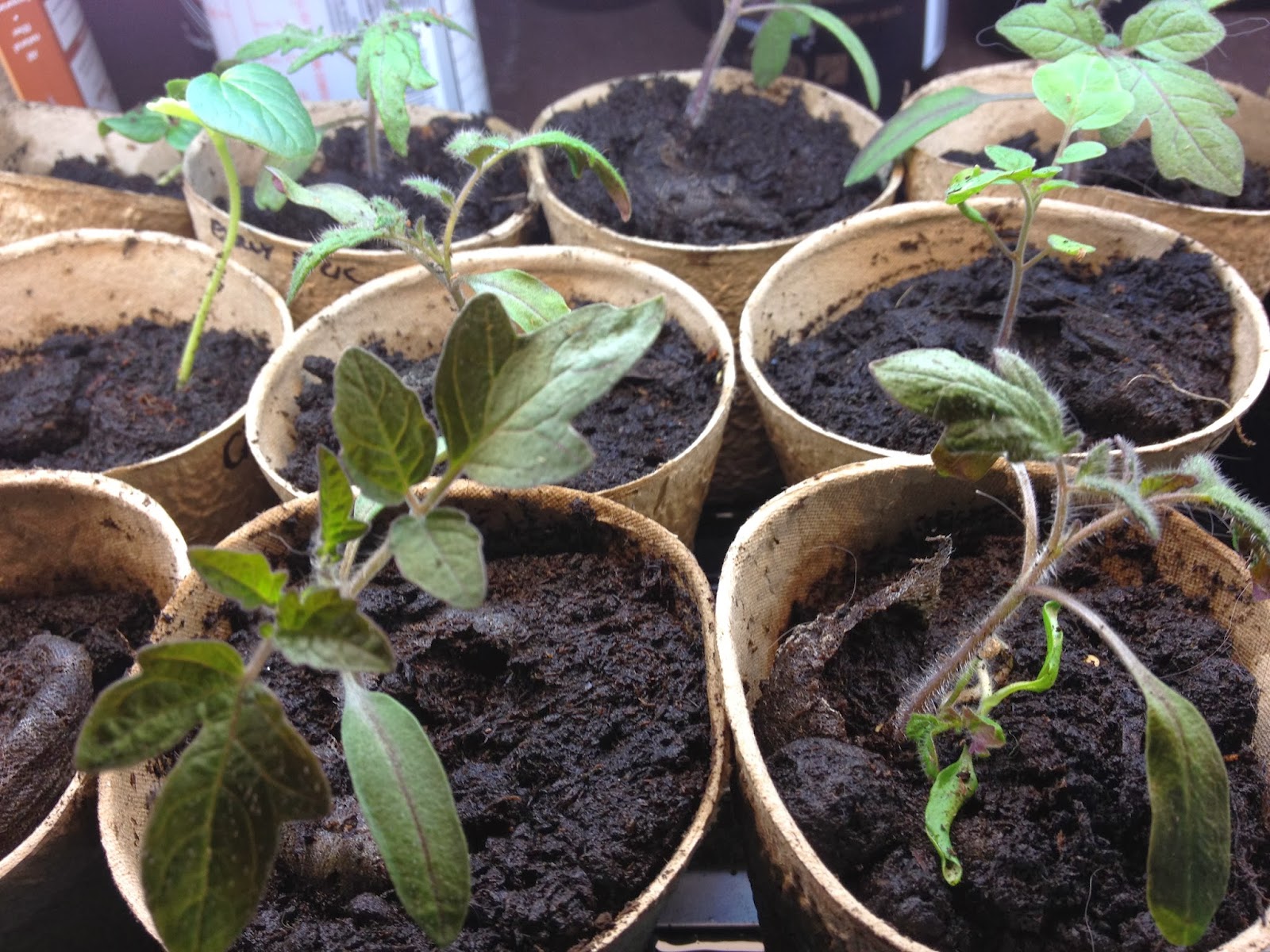 It will be a couple of months before this stuff moves outside. Hopefully, the turkeys will have moved on to more rural and sunnier climes. I really don't want them messing with the garden!