Tomato plants in the morning light... 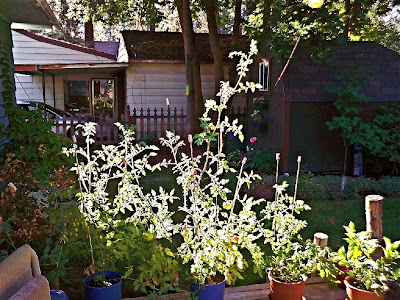 Leaving for work yesterday morning, I couldn't help but notice how lit up these tomato plants were in the backyard. Last year I started growing all my tomatoes in pots.

The front yard garden is the most phenomenal garden I think I've had in a long time. Last season, I had a problem with zucchini. And not the kind of problem like I have too much. I think I had one squash last year. This year's an entirely different story. The only vegetables not doing well are the beets, which is a switch. I have the winter squash growing up on trellises. The bees are happy.

Have a couple of product reviews coming up. I will try to get those up in the next couple of days.
Posted by EvilElf at 1:06 PM No comments:

If you're a fan of classic science fiction movies, make sure you go see Moon. It's a great story. We walked down to watch this at River Park Square last night. Then we had dinner@sushi.com. A great evening.
Posted by EvilElf at 12:27 PM 1 comment:

What happens when you turn to China to do your ad work... 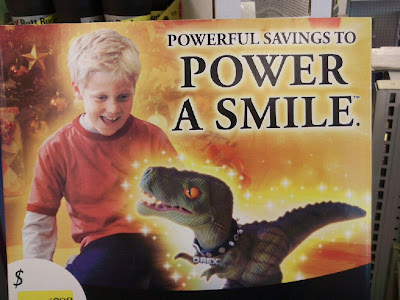 Saw this at the Ace hardware on Regal. It's by the checkout stand. Duracell batteries. How many ways is this thing wrong? The headline/tagline is bizarre. the kids eyes aren't focused right. And, for Christ's sake, he's powered up a dinosaur that is going to rip his heart out.The Tyrannosaurus rex knows this. The poor kid hasn't a clue. The stars emanating from the dinosaur skin should have warned him. Hey, guess what? Your Christmas tree died six months ago.
Posted by EvilElf at 9:40 PM No comments:

Fill out the survey for healthcare reform! 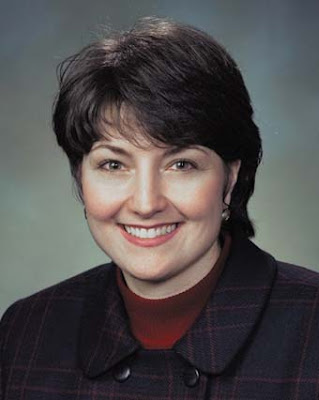 I subscribe to receive our representative Cathy McMorris' emails. It helps boost my low blood pressure.

I don't want this blog to become too political, but if you care an iota about health care reform, you should fill out her form here to let her know what you think. Do I think if 99% of us are opposed to her position, it will make a difference? No. Not yet, anyway. Fill it out regardless, so she can know how wrong she is. Plus, you will love the awesome survey at the end. Can anyone be more childishly blatant? Is it my imagination or are they getting more ridiculous?

She has definitely been given her marching orders. I envy the easiness of her job. "Here is what you need to say. Just say it." Over and over again. Unbelievably sickening.
Posted by EvilElf at 7:15 PM 2 comments:

According to FireHouse Magazine, anyway. What's really amazing was that the Spokane Fire Department was up pretty high in the rankings for overall runs, as well. I can't remember the number, but Spokane Fire has more "emergency" calls than a lot of bigger cities. 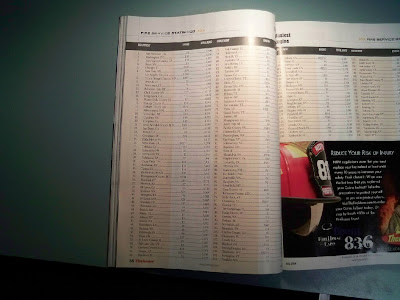 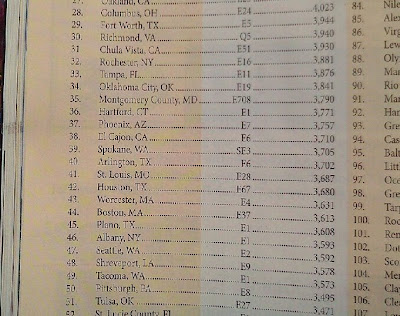 That's right, Engine Three with 3,705 runs last year, was busier than Seattle's or Tacoma's busiest engine. E-15 (Wellesley and Crestline) was right on our heels too.

Here's something the Spokesman-Review won't tell you about the Spokane Fire Department - we respond to more emergencies, with far fewer crews, with far less funding than any comparable city's fire department. I believe compared to Tacoma, Spokane has a fourth less firefighters and a third less funding and yet we respond to more calls - good news for those of us who pay taxes for Spokane services - unless there is ever a very major catastrophe here. Then we would be wishing we had the staffing Tacoma and other cities have.
Posted by EvilElf at 1:28 PM 1 comment: 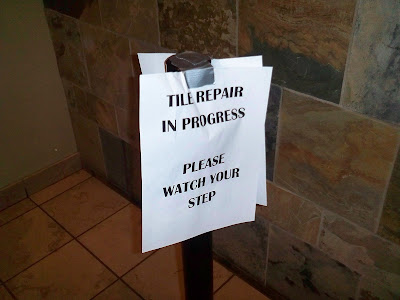 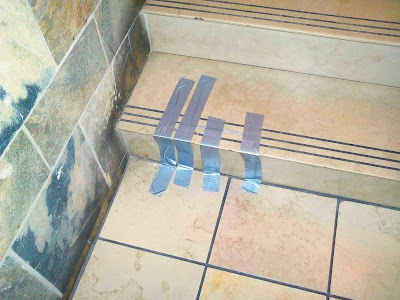 The handyman's secret weapon.
Posted by EvilElf at 9:40 AM 1 comment:

Now prepared for the celebrity death(s) that will hurt the most... 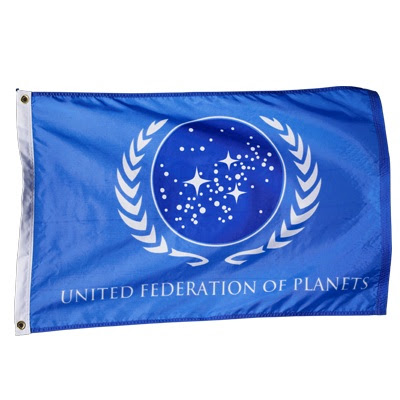 I have always wanted a UFP flag. Today it arrived. I wish Shatner and Nimoy to live long and prosper, but some might say to that, "Mission accomplished." If, God forbid, they were to join all the recently celebrity departed, I've got something to fly at half-mast.
Posted by EvilElf at 3:06 PM 2 comments: