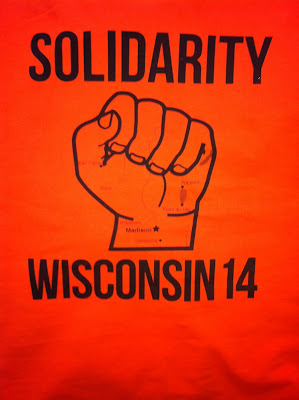 Two-hundred or so union members and their supporters showed up to wave signs at the triangle where Ruby, Division and North River Drive come together. I couldn't believe how many drivers honked horns and waved back. It was great!

It's easy to forget that Spokane has the labor movement entrenched in its founding and growth. No surprise that as union membership dwindled in Spokane, so did the general prosperity of the city. Mining, timber, the railroads, and of course, aluminum built a Spokane with a thriving middle class. 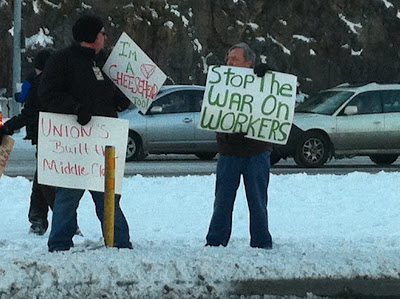 You can look it up for yourself. The overall prosperity of the individual in this country reached its peak coincidentally with the peak of union participation. Although, there weren't as many billionaires, failed banks, investment scams, unemployed, and medical bankruptcies either. Hmmmm. 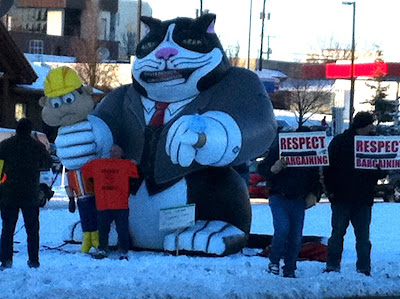 The Wobbly Free Speech Movement put Spokane on the map for showing how much the authorities despised unions and how willing they were to persecute them. Look at some of the old newspapers from the time. The Spokesman-Review led the pack, calling for violence and worse against union members. The governor in Wisconsin is resurrecting this spirit, in a way that I don't think even the most fascist-leaning, turn-of-the-century Spokanite would have bought into. 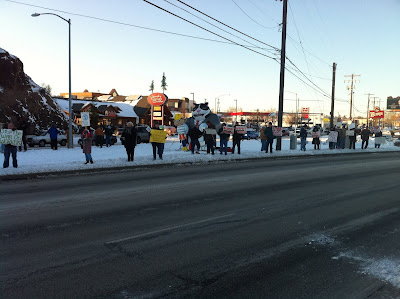 Let's see Governor Walker, you give tax breaks to your benefactors to put the state budget into the hole. This deficit allows you to conveniently blame union employees and their meager pensions for the problem and go after their money, their rights and their political clout. Sad that so many who have been chewed up and spit out by these same forces continue to cheer on those who destroyed them and gleefully anticipate destruction for those who have fought on their behalf. Unbelievable that there are voters in Wisconsin who look to failing (education, health, employment, finances, standard of living) states in the south as their new model because it fits their Koch-brother-sponsored talk-radio, FOX News ideology. 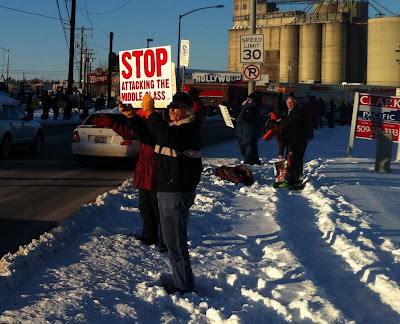 Here in Spokane, the first gathering of firefighters to organize a union resulted in an instantaneous firing of those members, almost a hundred years ago. In fact, Local 29 - The Spokane Fire Fighters' Union celebrates its 93 year year birthday tomorrow. It was one of the original founding locals of the International Association of Firefighters, hence the low number of "29." They are now up to Local 4780. 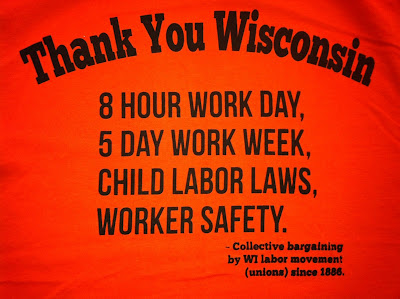 There was a small article in the Spokesman-Review yesterday about the rally. Thank you SR! The TV news outlets, however, were pretty silent about it. Although on KREM, yesterday, they had a five-minute story, with an in-depth interview, about a guy who was waving a sign on Division to get people to come into a furniture store for a sale. It was cold outside. I kid you not. That was the story.

The Onion has nothing on us!

We Are One - Rally Today!

We Are Wisconsin from Finn Ryan on Vimeo. 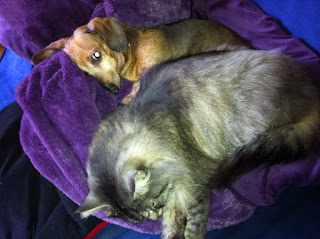 One more reason Time Bomb is a favorite store! 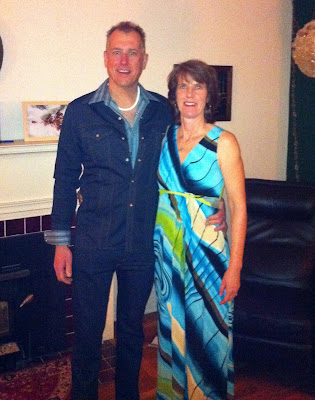 For many years I have been on a quest. I've haunted Value Village, Goodwill, Craig's List and eBay. Yet, I came up empty handed every time. Last weekend was the Spokane Firefighters Credit Union Dinner, otherwise known as "The Prom." I needed it and I needed it bad. But, I knew that, chances were, I would come up, once again, empty handed.

Value Village - nothing. I say to Sarah, "Let's just make one stop at Time Bomb. I think I am going to strike out again..." She agrees.

And there it was. One leisure suit. It looks like it was tailor-made for me. A Levis brand. It appears to be denim. No. Wait, It's double knit polyester! I can't believe it. What an incredible day.

Reactions at the dinner were mixed. From "Holy shit, where did you find that?" to "Oh. Hi, John."

I believe this is the only remaining Christmas decoration from the old popular Hangman Golf Course extravaganza. The city sold the rest of the decorations to Coeur d'Alene where they cash in on them every year.

Every year, the snowman has more and more burned out bulbs, but he still waved to me on my way to work yesterday. Be of good cheer Brave Snowman! You still brighten my ride.

That's the river you hear in the background.
Posted by EvilElf at 1:43 PM No comments: 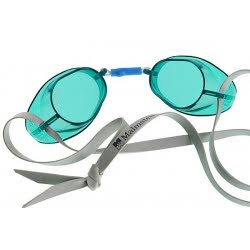 First read about these in Cool Tools here.

The first thing you notice about these goggles is that there is no rubber gasket between you and the plastic of the goggle. How do they maintain a seal? I don't know, but they do - better than any goggle I have ever used.

After the swim, my eyes don't look like someone has been punching them for the entire time (unless someone has). I bought a pair of nonfogs for about $3. They are super cheap and come in just about every color.

It looks like I have been shilling for SwimOutlet the last two posts. I wish. I like their service and they have a lot of stuff you aren't going to find around Spokane. I just returned something recently, so we'll see if the honeymoon is over.
Posted by EvilElf at 2:22 PM No comments: 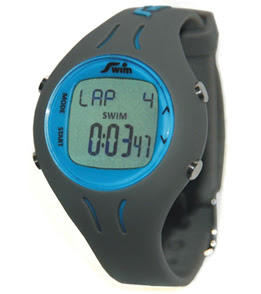 For a long time I have been thinking there has to be a better way to count laps. I make my turn and then I say to myself the number of the lap I am now swimming. Or is it the lap number I just finished? Shit. Round down. Don't do that again. Turn. Arrrrgggggghhhhhh.

So, I found this watch. It costs around a hundred bucks. There is an upgraded version for $200.

When I opened the box I was amazed at how chintzy it felt. It had a plastic goodness to it that you might find in a watch costing 10 times less. The LCD numbers look like they may have been scrounged from surplus Soviet gopher trap detonators.

The confusing instructions were loaded with helpful hints like "If you find that the 'computer' did not count your lap, try extending your arm for a longer time after each turn. This is also a great way to take a little rest." Huh?

It was hard to ignore repeated warnings of - WHATEVER YOU DO - DO NOT, REPEAT, DO NOT - PRESS ANY BUTTONS WHILE "COMPUTER" IS UNDER WATER!!!!

So how did it actually work? It worked fantastically, thank you.

It just clicks off every turn you make. My only complaint is that it only records 99 "sets." It takes 72 "sets" in a 25 yard pool to make a mile. Not a big deal in that all you have to do is reset the watch after every mile. Of course, you will have to keep track of your overall miles. Maybe there is an underwater abacus available for this purpose. Note to self...
Posted by EvilElf at 9:25 AM 2 comments:

As seen on my ride to work yesterday 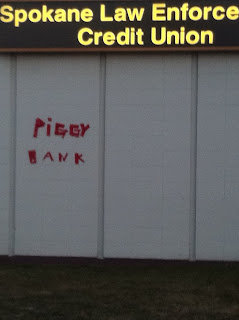 You can click the picture to make it bigger.
Posted by EvilElf at 8:50 AM 6 comments: