Bottled my pale ale this week. This is my first batch of all-grain brewed beer in about 20 years. It turned out great! 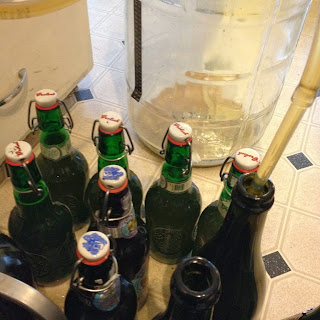 So, what's next? Well, I have a plum-infused mead/melomel that will be ready to bottle soon and I will be making some apple cider in the next week or so. But, the next beer-centric event is definitely the Inland Northwest Craft Beer Festival. I've been going to this since its inception. Back then, it was called "Oktoberfest." Yes, now it is called the "Inland NW Craft Beer Festival." Rolls off your tongue doesn't it?

Newspaper articles have been making a big deal of how this year's festival will no longer be Oktoberfestish. However, last year there was no German food or music, and worse yet, no fräuleins in dirndls. and I think maybe the year before was like this, as well. No matter what it's called, my first move, when I go to this event, is to upgrade to the collectible mug.

Spokane's brewery scene is exploding. And having been homebrewing for about 25 years and watching the microbrewery booms and busts during this time, I think if you don't get out there and partake in what local micro (make that "craft") breweries are up to right now, you will regret it. Sarah and I were on the west side recently, trying out their offerings. Spokane's are just as good, sometimes better and the diversity of our beer and ale styles are much more pronounced.

So, come rain or shine, I plan on being at the festival tomorrow. Maybe I will see you there! If you plan on going, buy your ticket at the festival website and save $5.
Posted by EvilElf at 12:54 PM 2 comments:

There are seven turkeys that have been hanging out in our yard. Have had lots of families stop and take pictures. Last night, we were eating supper. Our dining room has a large open window. As friends of ours passed by with their kids after watching the flock in the yard, I yelled at Sarah to pass me more turkey.

Posted by EvilElf at 8:07 AM No comments:

One Day Bellingham Out and Back 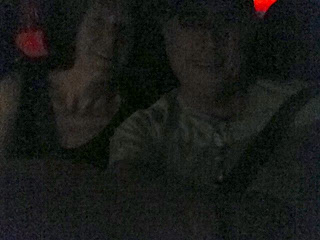 Ryegrass, our first stop. Love the windmills. Never noticed these signs before. 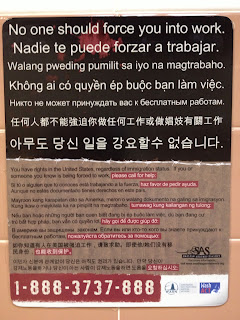 Had a very foggy drive until Moses Lake. This is starting up the Cascades. 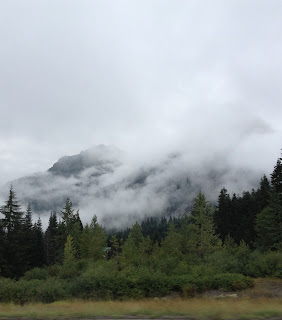 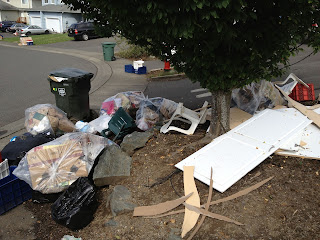 The coffee table was pretty nice. Don't know if the TVs or air hockey worked. 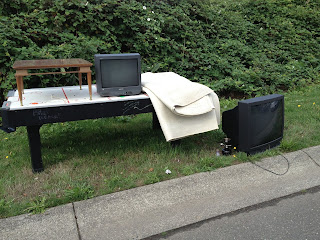 Asked our son if he and his friends ever went across the street and watched the stars at night in comfort. He said, "Not yet." 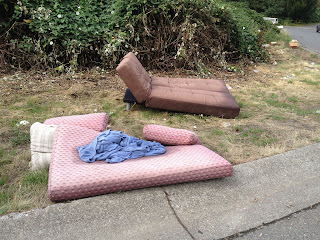 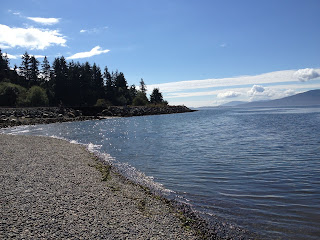 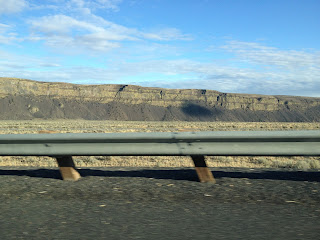 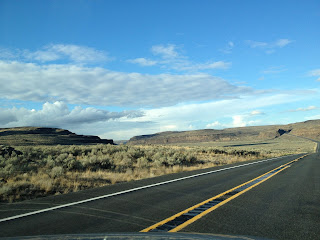 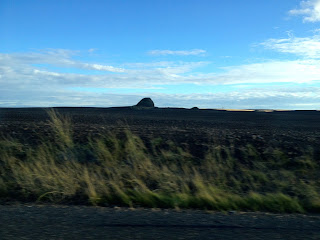 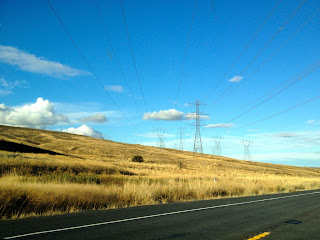 Had a really good dinner in Coulee City at a place called The Last Stand. It took a really long time because they were really overwhelmed by the amount of diners there, but I would eat there again.

It's a long trip to Bellingham and back in a day, especially if you take Highway 2. But, it sure beats staying overnight unless you have something to do over there. Next trip - Seattle and then we are empty nesters.
Posted by EvilElf at 6:16 AM No comments: