It's been a little while...

My last post, I was pretty hard on litterbugs. I would apologize to them, but it's pretty obvious they don't care anyway. I have to say that things are looking cleaner downtown. I don't know if that's because of all the rain we've been having or there was a major clean up after St Patrick's Day.  I will revisit this issue soon.

One thing on the radar is the next BrewRunRun.  It's scheduled for April 23rd. There will be a big shakeup in the lineup, as Iron Goat will be relocating. The old location will be shut down and I'm not sure if the new one will be open or not by the 23rd. So, that just leaves Benniditos and Budge Brothers to the east.  We have some new breweries to consider, as well. So...

In the meantime, if you don't follow Haiku Friday, you can at haikufriday.com. Which reminds me, I need to revamp this website and then get some content on brewrunrun.com. Here's last week's HaikuFriday if you are interested.

Posted by EvilElf at 3:21 PM No comments: 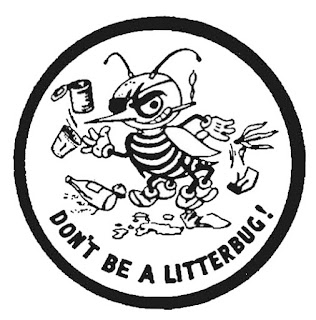 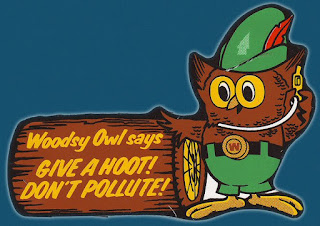 The starts are starting

Today was the first day of thinning for my summer crop of tomatoes, eggplant, peppers, onions, etc. 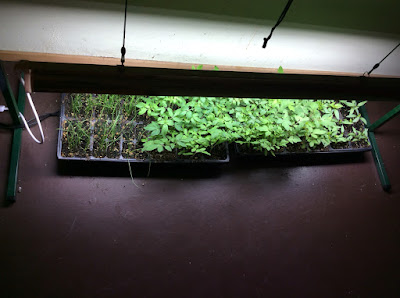 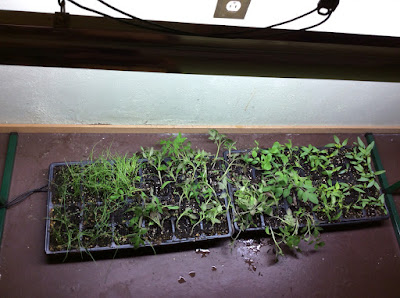 What a mess. It always is. I used to feel kind of guilty about killing off so many beautiful little plants. Worse yet, the aftermath of thinning is such a sparse dismal sight.

To baby those seeds into sprouting, enjoy how the greenery filled the soil, take in the morning smells of a garden in the basement, get excited about the growth every day, only to rip out and destroy so much seems cruel and counterproductive - especially when the survivors look so shell shocked. Their future doesn't look very good. Except...

I've seen the same thing happen every year. Within a day or two, they are back, stems plumping in the dirt. The growlight is raised a little every day to accommodate their healthiness. All the purged plants are not even a memory as I transplant the lucky ones into bigger pots. Sometimes gardening is as heartless as it gets.

Posted with Blogsy
Posted by EvilElf at 3:07 PM No comments: