I can't believe I am writing about restrooms... 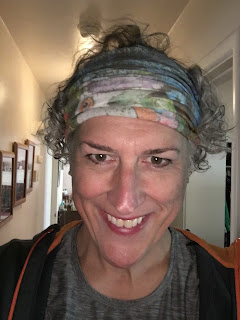 "So what bathroom are you using now?" It's a good question. One that I haven’t received much.

I haven’t been asked too many tough questions, since I came out at work in April. Which is a shame because I really enjoy answering questions which make me think. I sometimes have to think out loud to actually figure stuff out.

The bathroom question has never really come up. So, in some ways I have had to ask myself that question and talk it out (poor Sarah).

Oh, what bathroom am I using? Thanks for asking! That's a great question. Before I get to the answer, I want to give you a little background.

When I was little, probably around age 4 or 5, I had this terrible, scary desire to be a girl. I did everything to try and put these "sinful" thoughts out of my head. Because, as a kid, I really believed that adults could "look into your eyes" and see the truth. And, I knew this was a “bad” thought I didn’t want my parents to see.

As a child, I took every opportunity I could to express myself as a girl, always when no one was around, and often, in a hidden fashion, when they were around. I grew up in a fairly violent home, a very religious home. So the penalty would be extreme if I were to get caught. More than fear, I was very ashamed of what I did. I knew I was going to go to hell for the way I felt about myself and for my actions.

I became hypertuned into observing my surroundings and the people around me. I really learned how to be a sneak and how to cover my tracks. I kept thinking, that as I got older, I would "grow out of it." I prayed for this to happen every day. The only change was when I hit puberty. My attraction to women intensified.

More shame. More prayers. More hiding. More continual scanning of the horizon to look for potential icebergs. Many times, I tried to stop this desire, but I was always unsuccessful. You know the rest of the story.

I think diverting much of my energy to be always observing has made me good in jobs that I have held - from being a B-52 crewmember to my work as a firefighter. It definitely has made me more of an empathetic person. Somewhere in this gender dissonance was a weird creativity that I really enjoyed too.

This struggle eventually made me more of a kind person because you never know what things other people struggle with. And if you are always observing, sometimes you see it.

The downside is that always expecting disaster on the horizon has put me in some very dark places. It has made me a less trusting person. And the smallest hint of disapproval can send me into a tailspin. I am working on that. In some ways, it has not been fair to the people I love because seemingly innocuous things can get overblown in my mind - simply because my radar's power is turned up way too high.

When I came out, I was expecting a fight. In fact, I was kind of looking forward to it. Instead, I was given the most amazing outpouring of love and acceptance. I expected to be swinging my fists. That was really hard to do when I found myself in one long uninterrupted hug. I have been humbled and amazed. I am eternally grateful.

What does this have to do with restrooms? Well, maybe you need to use one now after this long introduction.

I still have my radar up and running, and the bathroom issue is no exception.I have recently installed a few filters lately to the scan.  I am still tuned into others around me. Coming out has only intensified that, but in a more empathetic way.

So, for me, the bathroom I will use, at least for right now is based on situational stuff and not wanting to shock people or make them uncomfortable.

At work, in my fire station, there are single occupancy bathrooms. I use those. At our training center, there are men's and women's rooms. I will use the women's because everyone at work knows I am a trans woman. I think this is the expectation of what I will do. And if I used the men's room at this point, my brothers would give me a ton of shit, and rightfully so.

In public places this is pretty situational too. I get it. I still look like a guy mostly. I am still fairly muscular and I am tall. In public, I sometimes dress kind of ambiguously. If I can use a public men's room without fear of getting my ass kicked, because of how I look or how I am dressed, I will do it. I don't want to have ciswomen feel uncomfortable with me in their space.

There is a tipping point for me and the radar I developed as a kid will be useful for me determining when it is more appropriate for me to use a public women's restroom, as opposed to the men's. I think the venue matters too. I will use the women's room at Nyne because I know they are used to trans folks as customers. When I was in Peru a couple of weeks ago, I never even considered using the women's room. I might have started an international incident. Besides, the women's rooms' lines were usually too long... That's a joke. But, they were really long.

In a nutshell, I live in a community. I work in a community. I want to fit in with that community whenever I can. I am not about taking a stand (provide your own urinal comment) to make people feel uncomfortable. I really value that people accept and love me. Today, I will take that over asserting my rights.

Most trans people I know are on the same sheet of music as me. We all just want to be accepted, to put our heads down and do our jobs, to love and be loved, to work to make the world better for future generations of all people - no matter who they are or what they are. All the trans people I know, so far, are kind people who don't seek to cause problems.

There is an initiative coming up - I-1552 - that will seek to limit restroom use for trans people. If it passes, it will become illegal for me to use the restroom which causes the least discomfort for other people. It will also put me and others at risk of violence. It will cause discord among all of us. I don't want to march for "the right to use a bathroom." I don't want to make people who love me choose sides. Everything is fine right now. The current law that we have works just fine. Let's not set the clock back in order to combat urban legends and some imaginative what-ifs and actually hurt real people.

The truth is about a month ago, I noticed I started getting some strange looks in the men's room while I was washing my hands. I looked in the mirror. Nine months of hormone replacement therapy and my face had changed. So had my body. There was physical ambiguity. And my radar picked up on the slightest discomfort from men in their room, a place where they should feel comfortable. I felt like an interloper. After that encounter, I started "holding it" until I made it back home. it wasn't even a conscious decision. I was just making an automatic course correction from my observations in order to make others feel comfortable.

To avoid using public restrooms out of a human concern for others' sensibilities is one thing. Making it a law is a civil rights issue. I would suspect you would see massive civil disobedience from trans people and their allies which would cause more discord and more problems between people who, when you get right down to it, love each other.

Right now, I use the restroom that causes the least dischord. A single occupancy at home and in the station. The women's room at other SFD facilities. And I just don't urinate in public restrooms, unless I reallllly have to go. If I do, I cautiously use the men's room, unless I am at an overtly trans friendly place. I suspect that once the scales have tipped and I look more female, I will use the women's room - cautiously and quickly - in public places.

Why would anyone want to prevent me from being kind and respectful of others? If you vote yes on the anti-trans bathroom bill, that's what you will be asking me to do when you make me use the men's room.
Posted by EvilElf at 12:46 PM 7 comments:

Peruse through Peru, It's funny to see the words, Lake Titicaca.   Don

Quiet, like a cat
sprawled on the living room floor
licking at his junk. Stine

You'd better rest up
Lest you create some upchuck
No Tourista Bug! Stine

What is going on?
Not a thing as I had planned
Maybe tomorrow. Phyllis

Only one chance at life.
Seek out all, enrich oneself.
No fear. Follow love. Jack

Three traits to work on
Bravery, truth and kindness 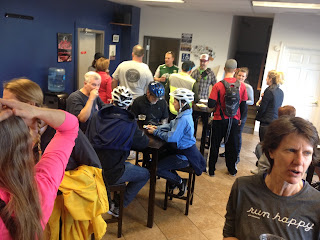 OK. I accidentally made this a private function on FaceBook. It's not. You (whoever you are) are invited! 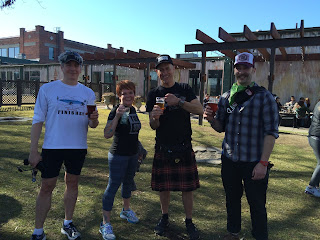 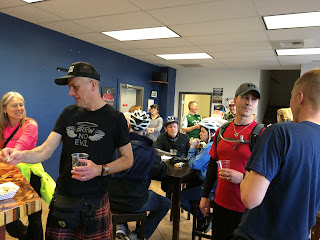 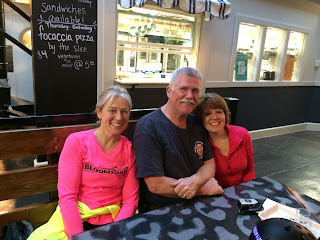 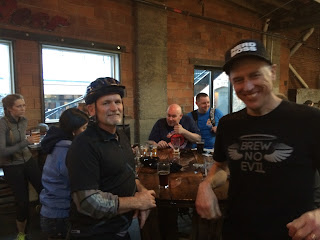 Run, bike, start, whatever, from wherever but let's plan on being at No-Li at 1:30 pm. Then we will run back into downtown to Black Label. After that, the order is Steel Barrel, River City and we'll finish at Iron Goat. Iron Goat has good food too.
Orlison and Whistle Punk are closed on Sundays, or I would have put them on the route.

The FB site is here. You can message me on this page via comments or you can email me here.
Posted by EvilElf at 9:29 AM 1 comment:

How a bout a little Haiku Friday?

A New Moon haiku!
All possibility is
Right before our eyes. Eve

So subliminal. Almost too subtle I think. Covert poetry. Bob

Nixon did it too! You guys are crazy that way. How do you do that? Doug

Sometimes I'm surprised,
The eloquence of the rhymes,
Think I'll do it twice. Tyson

Work to do today
While my friend Maeve gets to play
Still happy for her!   Christen

Out in the alley
Methy misunderstandings
long before sun-up. Stine


Seedling lifts much soil  Me