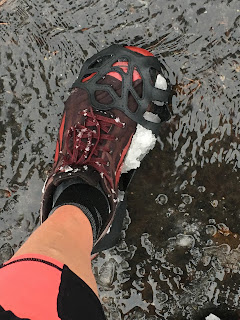 #1.  RUNNING MAKES ME  FEEL THE TRUTH AND SHOW THE TRUTH!

OK, I am going to go deeper eventually, but let’s start out at the gut level. Running makes you feel the effect of your dietary decisions. If you eat that piece of pizza right before you go out for your daily run, you will KNOW that you ate that piece of pizza, possibly in a very personal way. There are foods that make me feel better when I run. When I run, my body gives me truthful feedback when I make good or bad dietary decisions.

When you make a habit of running, you get to see improvement. You see yourself getting faster and being able to run longer distances. For some lucky runners, you will even see it in the mirror or on the scale.

In any kind of transition, from starting a new job to starting hormone replacement therapy, there is a need for honest self-evaluation. You are changing, and others’ perceptions of you will change too. You need to have clear eyes and an almost clinical situational awareness. By being honest with yourself, you can make course corrections, if necessary. A habit of running can put you in an honest frame of mind to carry this truthfulness into your personal life. Where are you going? How are you getting there? Is this the right direction? Why are my shoes always untying?

This kind of self-reflection can be difficult. I read a recent survey which showed that a majority of Americans would rather be comfortable than know the truth. Certainly, those two desires are not always mutually exclusive, but if one has to pick, it looks like the big winner is comfort. Not surprisingly, but sadly, Republicans outpolled Democrats in this regard. FoxNews exists for a reason.

When Trump was elected, my plans to come out as transgender took on a new meaning. His past record showed that he would be a president who  perpetually told blatant, easily-refuted lies. These lies, however lame or nonsensical, still made his base comfortable. I was going to, in my own small way, show them what truth looked like by coming out.

A person who is entrenched in ideology can now change the channel instead of having to do the work of changing his mind. In this comfort, he will be sheltered from facts that might make him reconsider his worldview. I often think that if there was a FoxNews Channel for infants, it would make its money by touting the dangers of walking, and how crawling is God’s plan. In other words, keep babies satisfied with where they are so they keep watching.

While running, I am OK with the discomfort of the truth I find myself in the middle of. In fact, sometimes it’s beautiful and profound. Running has trained me to feel and appreciate the beauty of truth even when it is painful.

I now get to bring the discomfort of truth to others in a respectful, loving fashion. When I sit down next to someone in a restaurant, they get to see me as just another human. That guy driving the Hummer might just whiz by me but, a little further down the road, he might realize what he just saw. He will also see that some trans people are not lazy, are part of the community and look as bad in lycra as anyone else. Citizens in my community can see me at work, putting out a fire, starting an IV or a doing something else good for them or their family. I am lucky that I get to be an active agent of the love we citizens of Spokane have for each other.

There is no changing the channel on these experiences. Hopefully, people who are addicted to the comfort of untruths, including lies about LGBT people, will get to see that I am a good person, a hard-working person and a conscientious person, and I am a trans person. Whatever you have been programmed to believe about people different from you, you will have no choice but to stack that programming up against a real, likable (on a good day) trans person like me. This is not a new tactic to change the hearts of people. African-American people, people of different faiths, Hispanic folks and Lesbian and Gay people, and many others, have been doing this for years. They did this by simply being visible and living their lives. This was, and still is, a mundane daily act of courage. Yet, many in our nation have paid dearly for daring to do it.

Being truthful about things that are hard to admit may have huge political implications. If the collective modus operandi of Donald Trump and present Republican politicians was considered a vampire, and if the only way you could kill this vampire was with a metaphoric stake through the heart, that stake would simply be the truth. And my telling of my once-shameful, once-embarrassing truth, was one little hammer swing upon that stake. I invite you all to do the same. For some of you, it will be admitting that you were wrong to vote for President Trump and other Republicans, and that the news source that keeps you comfortable led you astray. Truth, like running, is often uncomfortable. But once you take that first step, the next will be easier and easier.

It’s why fascist regimes do not like subversives.  Subversive displays - art, literature, music, poetry, etc. affect people with the truth on a level that goes beyond our understanding. Often it is life-altering - for the artist and the observer. There is so much risk involved for both; it creates a bond.

In the world in which we now live, running is a subversive truthful act. It will change you and others in unfathomable ways.

ON LOCATION!
Posted by EvilElf at 1:56 PM No comments:


Truth vs. comfort.
Posted by EvilElf at 3:35 PM No comments: 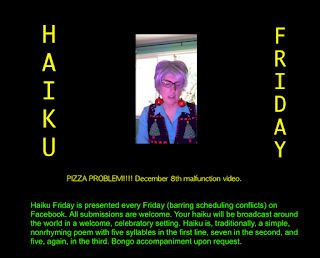 Last week I ran 20 miles. 8 miles was the longest run.

I ran at a pace of about 11 minute miles

Having a little knee pain.

Avoiding plantar fascitis - the only thing that works for me (Yoga Toes - gems). 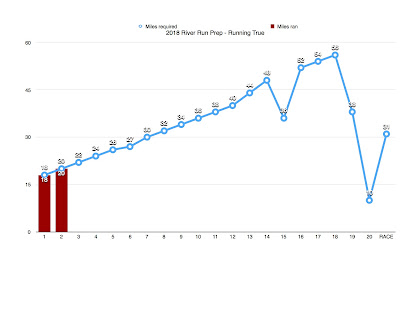 If you have ten miles left to run in your week. Better to do two 5s or one 10? My opinion.

What I used to look like out of shape: 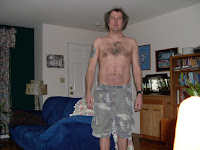 Don't know what I will look like when I get in shape, now.

Me and my planning!

New format - with my additional story stuff - Running True Confessionals. To follow this week: Why Running is good for transitioning... And we're all transitioning!
Posted by EvilElf at 2:06 PM No comments:

Return to sender
No longer at this address
Memories remain  - Justin

December is cruel.
So many false promises:
no Rapture in things. Stine 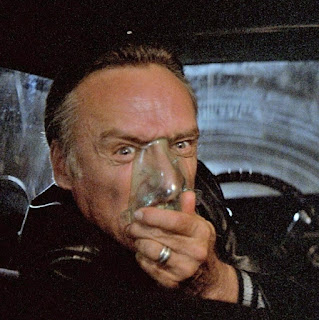 Posted by EvilElf at 3:11 PM No comments:

When I was a kid, I was a very slow runner. I mean slooooow. Slower than all the boys and most of the girls. I was told by friends and a teacher or two that I ran "funny." And sometimes my walk also got the same critique.

Which makes me think. When I was a kid, I loved Rich Little and other impressionists. In fact, the first record album I ever bought was Rich Little's Politics and Popcorn. I became pretty good at all the impersonation standards of the time - Nixon, Cagney, Bogart, John Wayne, Lily Tomlin's Ernestine, Mae West, WC Fields, etc. I even wrote to the TV show - The Copy Cats - when I was ten. I wanted them to know that I would be a really good addition to their program. I received - NO REPLY!

So, it continued in my happy life. I remember reading something about Peter Sellers where people who knew him said that once you took away all the humor, the impressions, the acting, there was nothing there. They said that when he played the simpleton Chance the Gardener in Being There, that this was the closest any of us would ever get to see what Sellers was really like.

Now, I think there was certainly more to me when you scraped away all the fun stuff. But, as a kid, I knew better than to let anyone know what that was. To do so in the 1960s and 70s would have been a disaster. And as an adult, I continued my impressions, my learned behavior of what I should be as a man. And I was pretty good.

Am I saying that now is my Chance the Gardener time to shine? Not exactly. But I will say, inside of me there was still that little girl. She was hiding out, running like somebody else so people wouldn't know she was there. I am going to let her run free, and true.

A quick look at what kind of runner I was as a kid and a little look at Sarah and my first 50K.

I have gained ten pounds from when I started HRT. Where did it go?

How am I going to get from zero miles per week to 55 miles per week preparing for the Spokane River Run 50K in April?  Hey, I just did 18 miles this week.

And I have a new watch! Why? Because I destroyed the last one trying to fix it. This is an activity in which I am well-versed. It may be a good metaphor for how I've lived my life too.  That's heavy.

And I say that Sarah and  I ran an ultra to celebrate our 50th anniversary. Well, actually it was our 50th birthdays.

I mention that the video is a mirror image. But, it isn't...

People this is live. It is a happening.

Posted by EvilElf at 1:29 PM No comments: