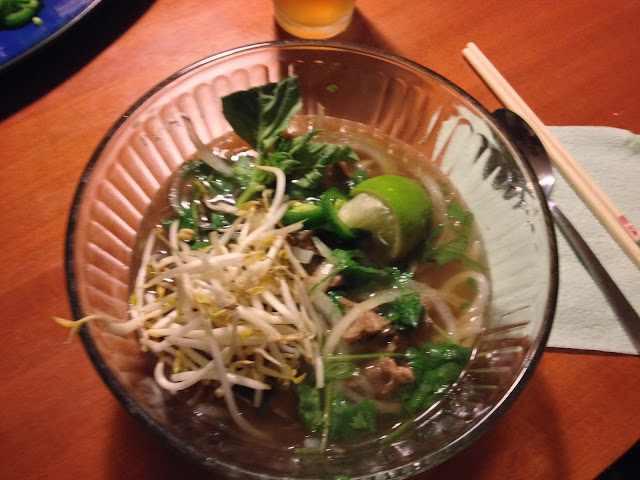 It turned out pretty tasty. Not quite as good as the last bowl I had in a local restaurant, but pretty close.  Paired with a New Belgium Coconut Curry Hefeweizen. And that was really good.
Posted by EvilElf at 12:21 PM 2 comments: 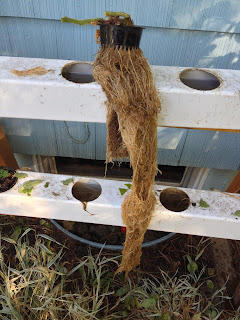 Cleaned up the experimental vertical hydroponic garden the other day. Here is a shot of the roots (over 3 feet long) from one tomato plant. I tasted some. Not bad. Might make a good substitute for pasta. Or, they might be poisonous.

Posted by EvilElf at 1:57 PM No comments:

Aidan was in town this weekend from UW. Good to be with him. My brother was also in town. He is getting to be a Spokane regular. Maybe he will move back. I worked on Friday and missed Terrain which was a bummer. Next year!

Sarah, my brother and I did a bus and walking tour of the local breweries on Saturday. We hit River City (tasting at The Rocket), Iron Goat, Budge Brothers, Steam Plant, and ate dinner at Benniditos. Was going to do NoLi and Ramblin' Road, but RR hasn't opened yet for tasting, according to their phone message, and we seem to go to NoLi a lot. 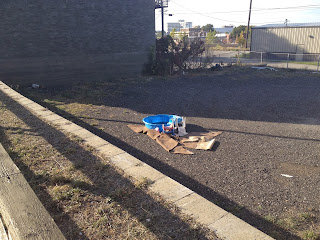 How about adding 12 Strings (although it's in the Valley),  and the breweries on the north side and the one up on Perry, when they are up and running? That would be epic! How about bicycles instead of the bus and walking? Even better. Still, a $3.50 all day bus pass buys you a lot of time and adventure.

The end of the weekend featured the traditional goat cheese open house in Chattaroy. I can see why Ben Stuckart wants a goat. 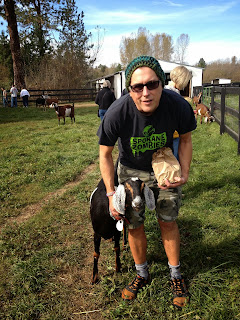 Opened up the first bottle of the recently brewed all grain pale ale. I think it's my best beer in years!
Posted by EvilElf at 9:04 AM No comments:

On the picket line with Deaconess workers

Deaconess workers can't get management to even talk with them about the dangerous profit-driven cuts to staffing they have made.

Posted by EvilElf at 6:05 PM No comments: