Parkade Ticket has great instructions on the back 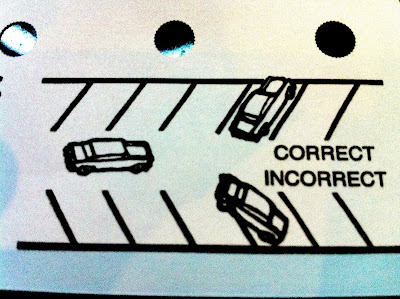 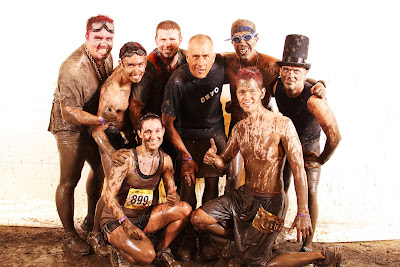 Posted by EvilElf at 8:05 AM No comments: 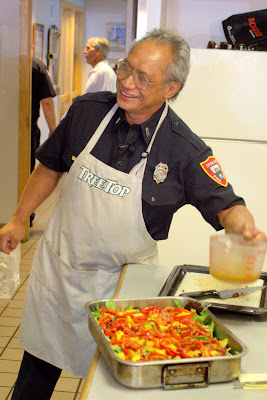 A while back ago, I told you about this contest. Well, we won! A big function at Stn 13 yesterday. Lots of VIPs from TreeTop were there, as were the local media. Somebody said it will be featured on HGTV. I was invited because Tony had me write the script and direct the video. Dean Pearcy, the fire department's AV guy was responsible for the awesome editing and effects.

And as usual, Tony was the cook and everything tasted great!

Thanks for everyone who voted. Gleed received the most votes, so it received a $1000 check from TreeTop. 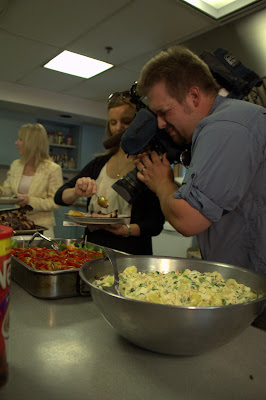 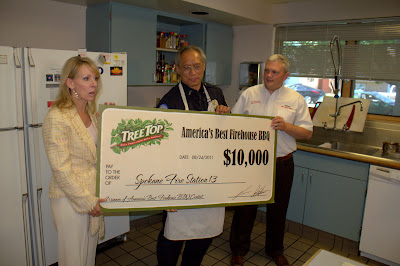 Here is the video again, if you haven't seen it:

Cleaned out the traps yesterday and it didn't take long. First video is after 15 minutes, the second after an hour.

I would say there are more yellow jacket condos like the ones Sarah destroyed here.
BTW, I do believe these traps are manufactured out at the industrial park in Spokane Valley.

Posted by EvilElf at 6:07 AM No comments: 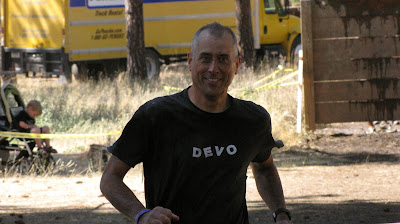 A great time out at Riverside State Park yesterday.

For those of you who might have been wondering why it took an hour to travel from Downtown Spokane to the intersection of Ft Wright and Government Way, it was the Dirty Dash. There were thousands of people nicely spread out, with a start about every 20 minutes for the 10K course. Mudpits, balance beams, straw bale obstacles and mud-filled culverts were climbed up and through and over. There was even a quick dip in the Spokane River.

Tons of families and groups of friends were doing this together. I was lucky that my son, Kirk, let me hang out with him and his cool friends. My other two boys (Ike and Aidan) hung out at the finish line and took pictures and cheered us on. Thanks again for that! Sarah was stuck in traffic for half an hour and u-turned home. I think we are all on-board for doing it together next year.

There were plenty of cyclists and runners who made it to the start quicker than we did by car. File that one away for next year. No car. Although, it might be a miserable ride/run home covered in dried mud, or it might be kind of fun.

Any run that starts off with a beer is a good one. There was also a beer obstacle at about mile 4.5 featuring some of my favorite. 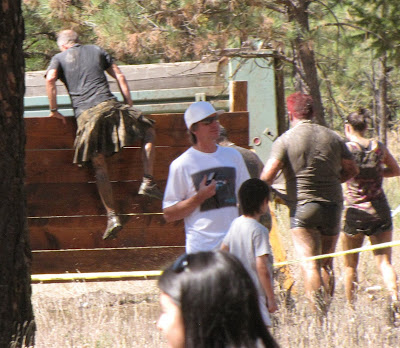 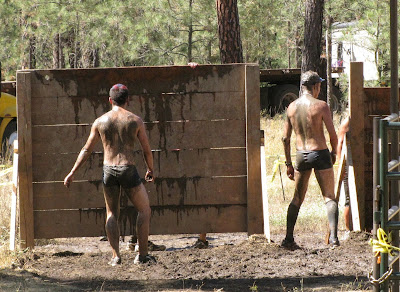 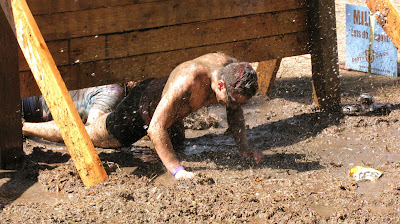 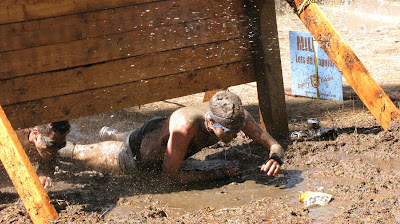 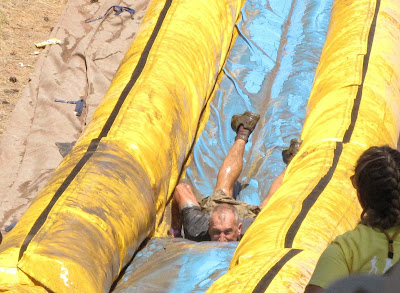 There were a lot of out-of-state license plates at this event. I would imagine it pumped a lot of revenue into Spokane's coffers. Again, Spokane shows itself off as a place where we can stage big events. The traffic stuff will have to be worked on. 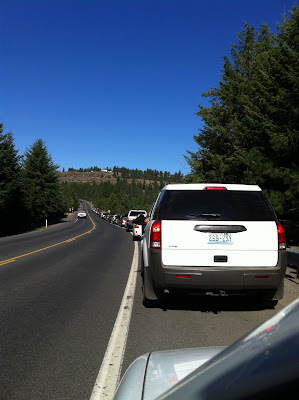 Near the finish line it looked like a mass casualty incident. Lots of IVs. Apparently there were some broken bones and other afflictions. AMR had their hands full, but were doing a great job.

Hey New Belgium, look at us! Bring the Tour de Fat here. We've got to be more fun than Boise!

Hodge podge from a busy week! 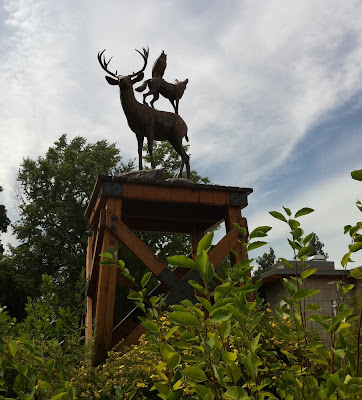 We've been members of the MAC since it first opened. Never noticed this sculpture of an owl riding a fox riding a deer on top of a platform, until today. It reminds me of my favorite cereal from the 80s - Big Mixx. 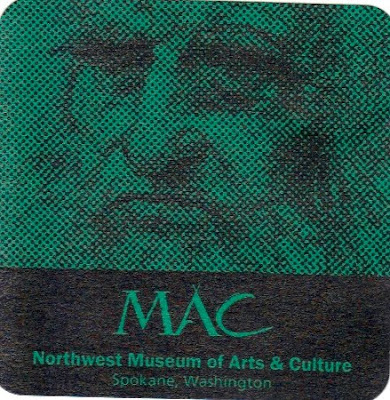 We were there to see the DaVinci displays. Very nice. The LC kids who were docents did an excellent job. Totally worth it! 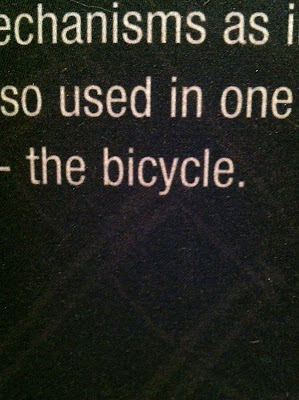 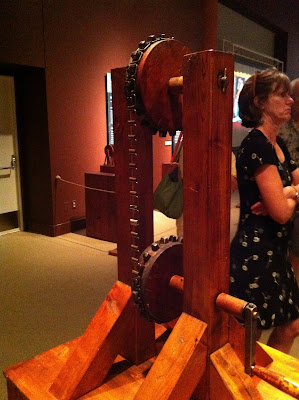 Yep, he invented the bicycle chain. Why not? 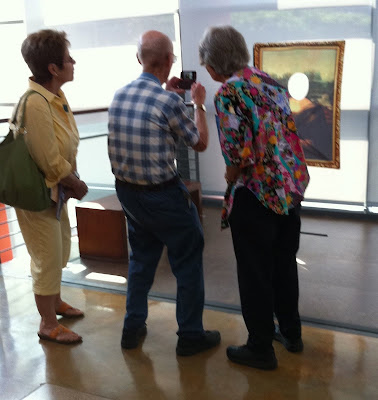 These folks were having a good time. 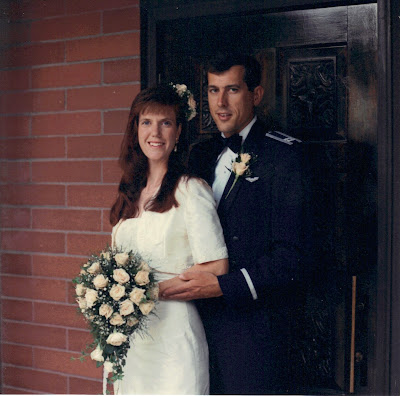 Sarah and I celebrated our 20th wedding anniversary. Before and after photos. 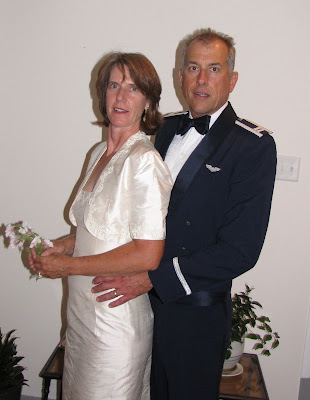 I look more scared, 20 years later. When we were married, I made 20 bottles of mead. Every anniversary, we opened a bottle and these are glasses poured from the last one. I have to start brewing again. 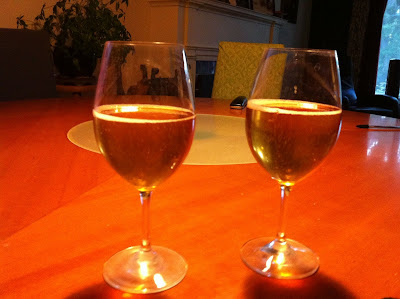 Every year, the mead tasted a little different. Just like the bitterness of our tears. No, not really. It has been a great 20! Looking forward to more!!! 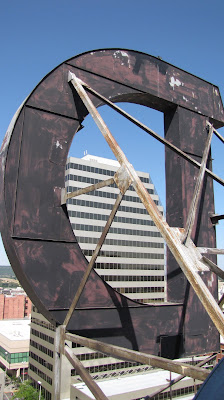 On the roof of the Ridpath Hotel. It is beautiful up there, but a very long way down. 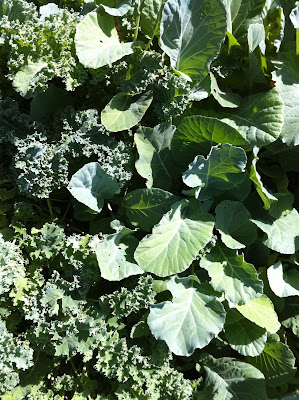 The garden is looking good, except the tomatoes are nothing. 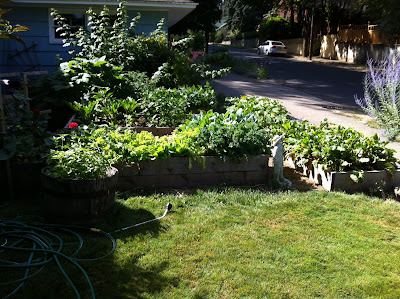 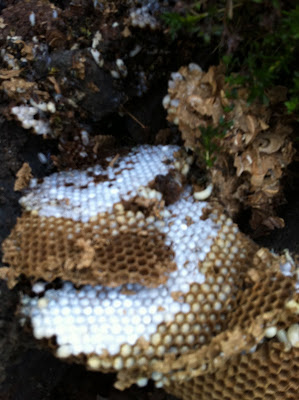 Sarah went on a killing spree, digging up the ground and destroying an entire generation of yellow jackets. Sad :( 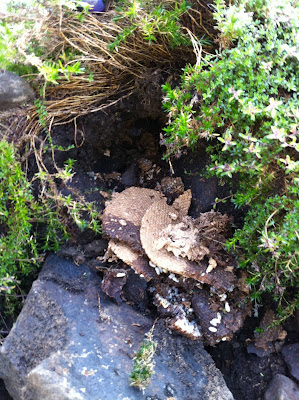 Lastly, been helping a guy who wants to help the world with his gift of sage advice. I am helping him start a blog. So, I will link it up here if it gets better. 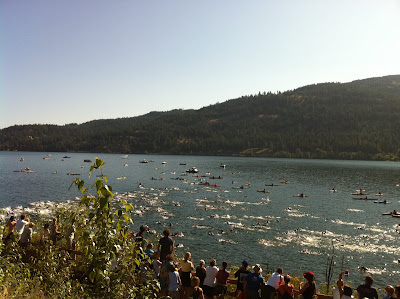 I wanted to write up a more extensive post on the Long Bridge Swim. This morning was the planned day to do this. But then the phone at home was answered at 9 or so this morning, while I was sipping coffee in my PJs, and off I went to go to work at the three alarm fire. And it was work, I will tell you what.

So, I will give you a very abbreviated account of the swim, as I feel pretty darn tired right now.

Here is the official route: 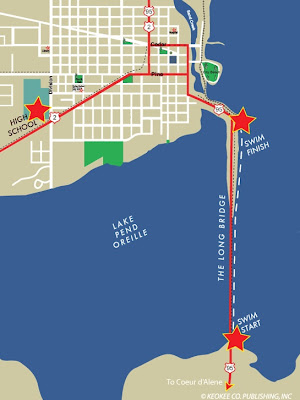 Here is the route I swam: 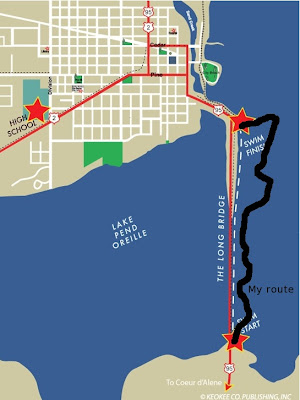 I don't know how long that was.

Sarah watched me and Susan, our friend, swim - plus chauffeured us all over N. Idaho. While she was watching the spectacle, she saw a kid approaching his friends. They shouted, "Dude, you're already done?" His reply - "I freaked out at the beginning," his voice cracked with emotion, "I don't know why, but I was so freaked out I had to get out of the water and call it quits." This kid looked like a triaathlete, Sarah said. His friends looked at him with curiosity, a "you've got to be shittin' me" glare. They weren't too sympathetic.

My friend, I hope you know that this was a very prevalent theme of conversation on the bus ride home to the parking lot. There were so many people talking about having the same feeling - not being able to breathe right, feeling like swimming was not natural and fighting for every stroke. Many felt the urge to quit, not because of physical reasons, but because the psychological weirdness was overwhelming.

That's how I felt too. It was weird. I was really creeped out for the first quarter mile. However, by about three quarters of a mile, I was having the time of my life. I was so into it that I wasn't watching where I was going and was way off course, repeatedly. I finally ran into a kayak. Literally. The helpful paddler apologized. She also said that the finish line is "back there." So I turned around and went back.

I want to do more open water swims. I had a very good time, after the whole freaking out thing subsided. I sure didn't expect that.